Selections From My Collection of Parking Lot Post Cards 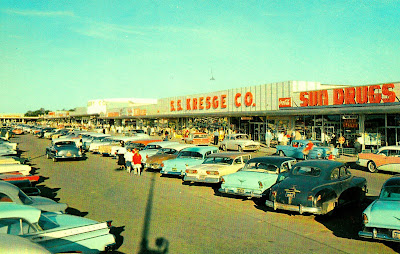 Has there ever been a more prosaic subject for a post card than a parking lot? 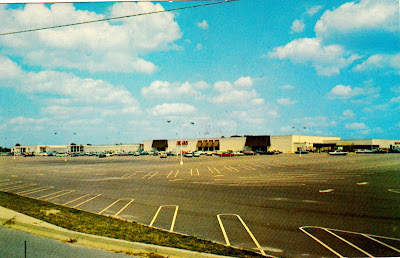 Or a more unbeautiful one? 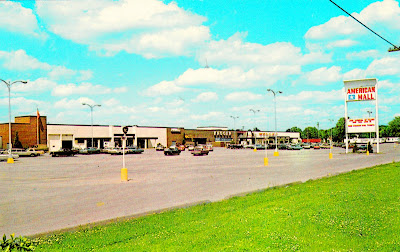 A picture post card allows a thoughtful sender to share a pretty scene with a fondly regarded recipient, making these examples rather wry indeed. 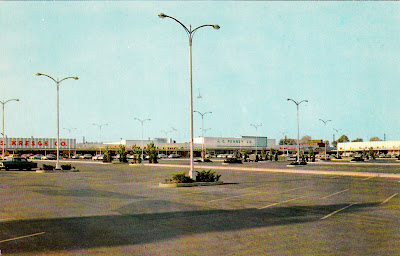 In a poignant attempt to mitigate this acreage of asphalt, someone thought to plant arborvitae around the lampposts. 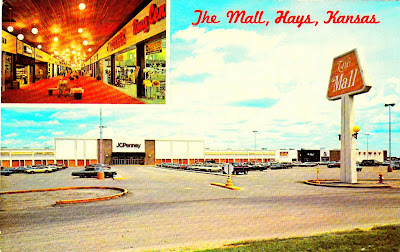 Hays, Kansas, but it could be Anywhere, U.S.A. 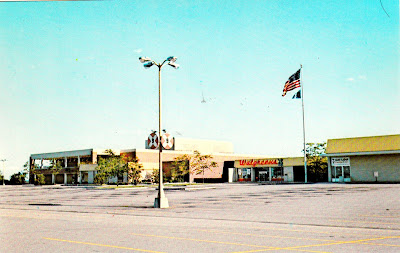 I collect parking lot post cards mainly because they lay bare an everyday reality largely ignored in the realm of cinema or fine art. 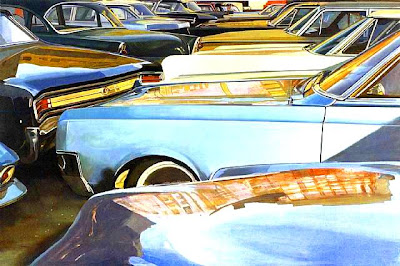 Here's an exception: NYC Parking Lot, a photorealist painting from 1969 by Richard Estes. 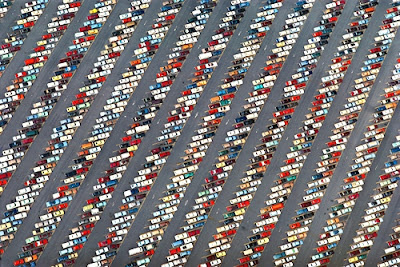 This photograph by architect Alex MacLean is titled Houndstooth Pattern in Parking Lot at Disney World. (It can purchased at 20X200) 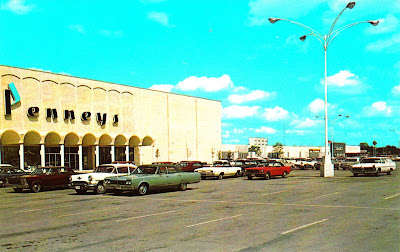 Springing vaults on Penneys in Lima, Ohio, provide amusing contrast to the planar design of the parking lot. 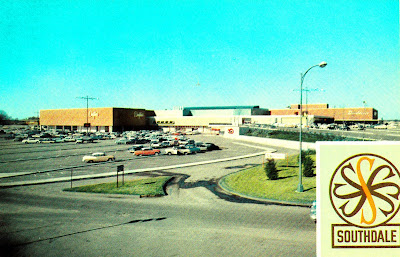 Inspired by the design of the Milan's Galleria Vittoria Emanuele by architect Giuseppe Mengoni, Southdale Center in Edina, Minn., opened on October 8, 1956, as the country's first fully-enclosed mall, featuring a constant climate-controlled temperature of 72 degrees. Despite this distinction, it is not listed on the National Register of Historic Places. 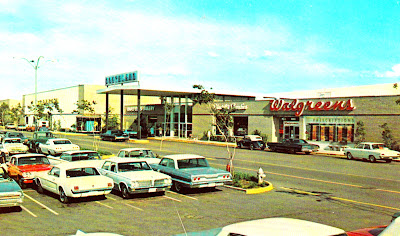 Parking lots raise the temperature from two to 10 degrees higher than surrounding areas, making the air-con temps of a mall all the more pleasurable. 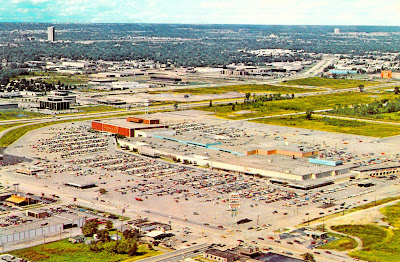 Joni Mitchell's "Big Yellow Taxi" was translated into French as "Le Grand Parking," an apt title for this post card of the parking lot at the Oakland Mall in Troy, Mich.
Posted by David Cobb Craig at 4/11/2011