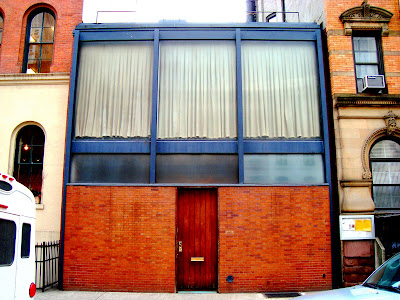 242 East 52nd Street: Originally a guest house for Mr. and Mrs. John D. Rockefeller III, this Miesian townhouse of 1950 eventually served as a crash pad for its architect, Philip Johnson. 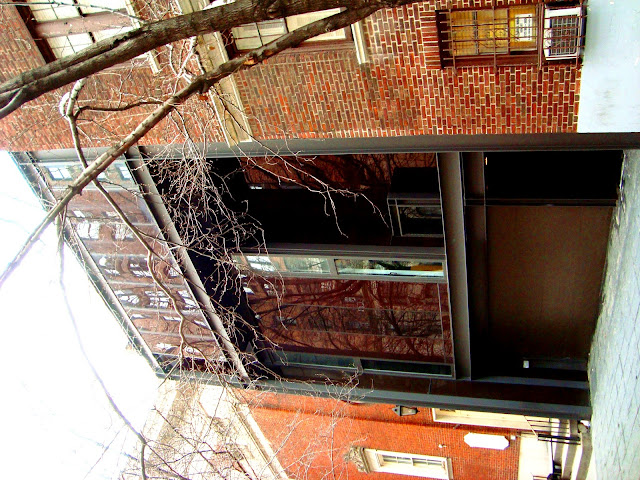 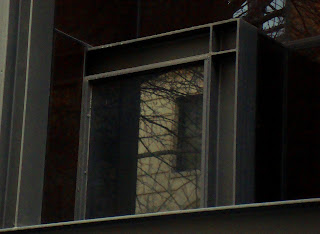 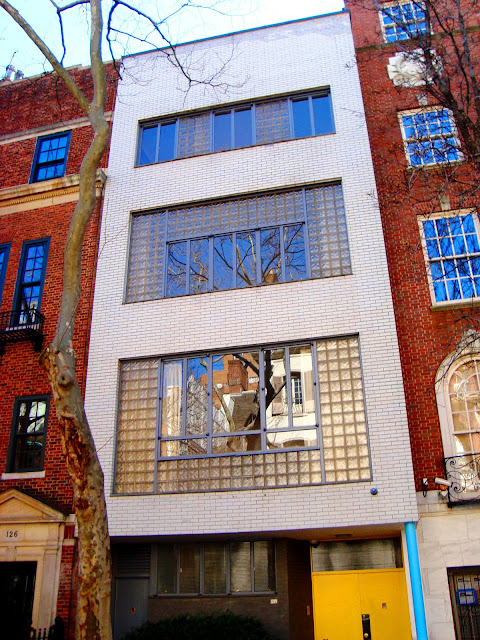 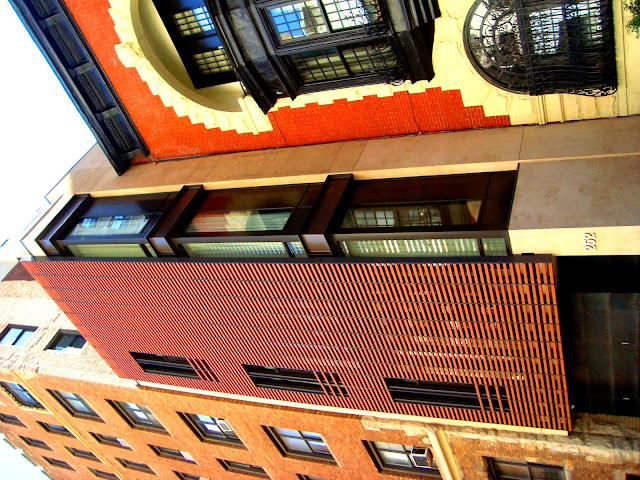 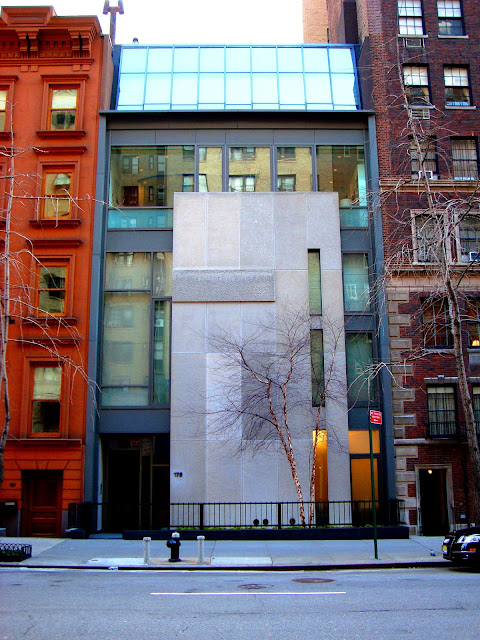 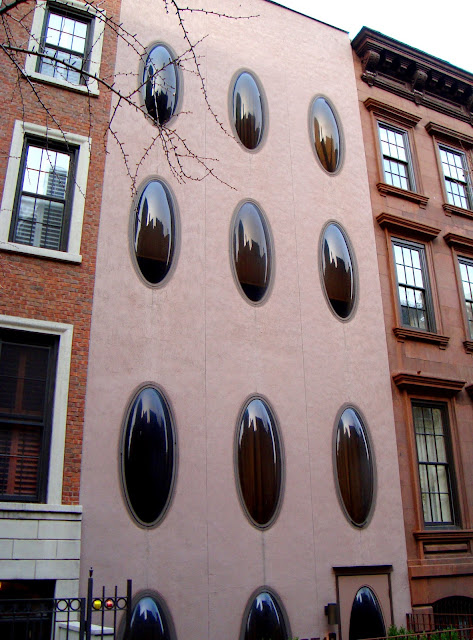 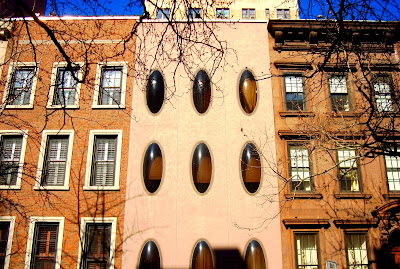 As with a lot of plastic surgery, the outcome is weirdly compelling. 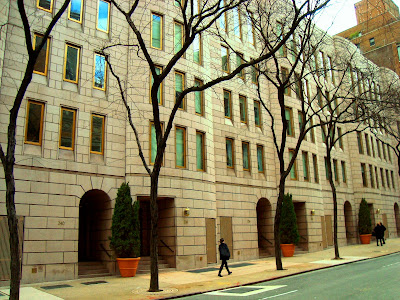 A half dozen of the 11 PoMo-style Solow Townhouses designed by Eli Attia. They were completed in 1989 and are between Second and Third Avenues. 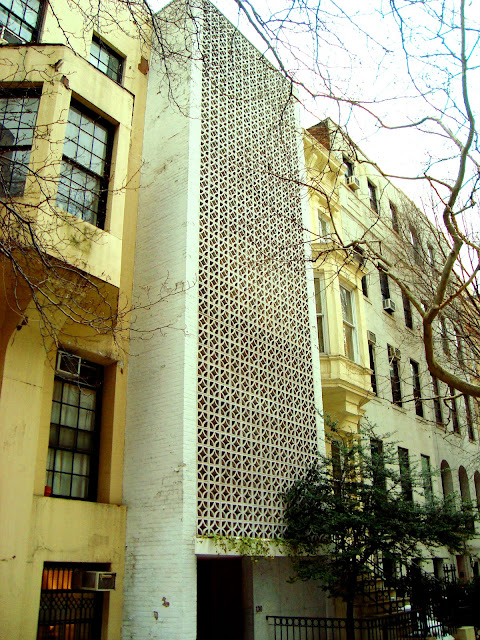 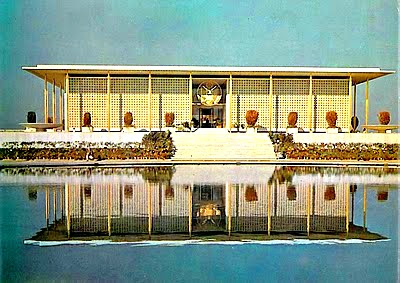 The townhouse was built four years after Stone designed the American Embassy in Delhi, the first work on which applied, as above, brick grillwork, igniting a mania for the material among other mid-cen architects. 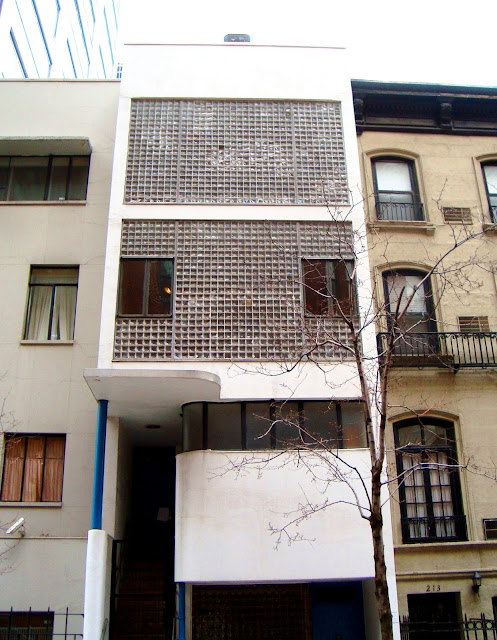 Here is another townhouse by William Lescaze, this one at 211 East 48th Street and, upon completion in 1934, one of the first exemplars in New York City of the International Style. 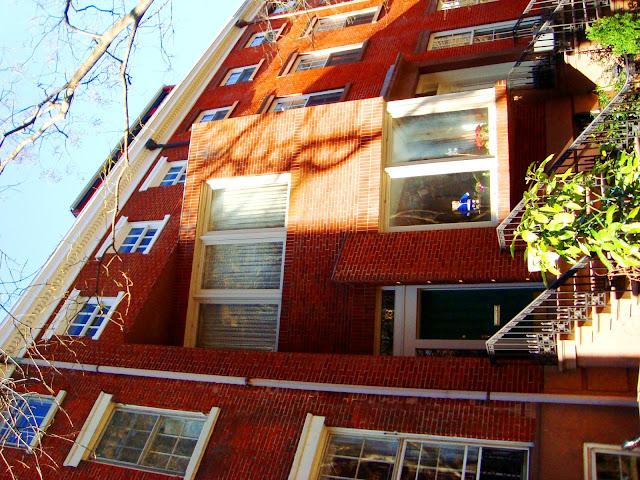 In 1970, bumbling bomb-making subversives unintentionally and completely kablooey'd their lair at 18 West 11th Street. This is its replacement, designed by Hardy Holzman Pfeiffer Associates in 1979.
To look at more modern architecture in New York, visit: Mid-Century Manhattan Churches & Off-the-Beaten-Path Modernism in N.Y.C.
Posted by David Cobb Craig at 3/28/2011