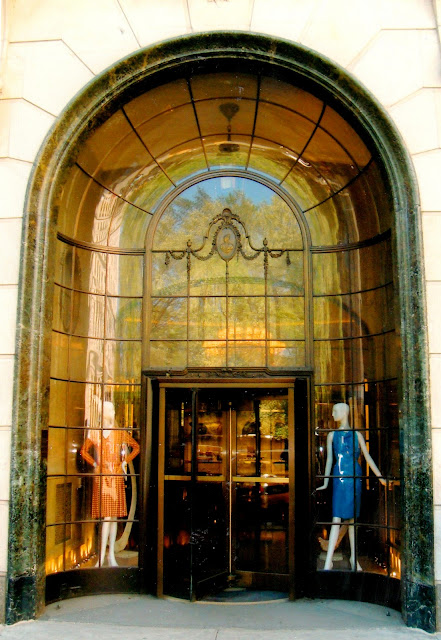 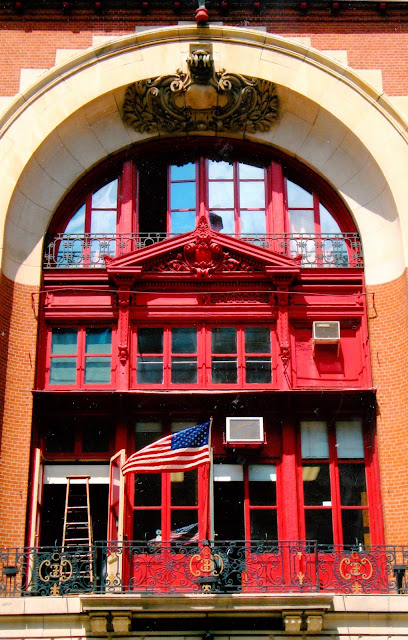 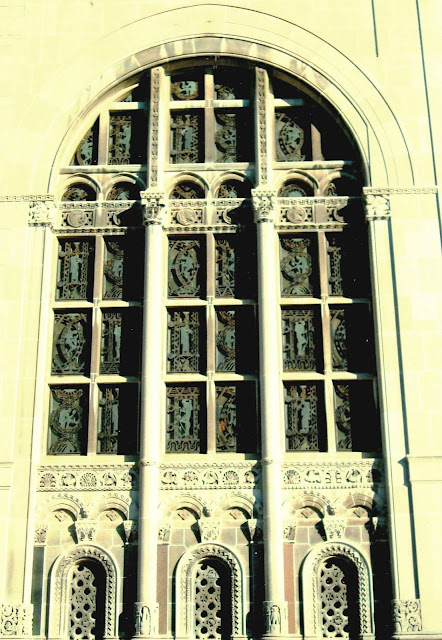 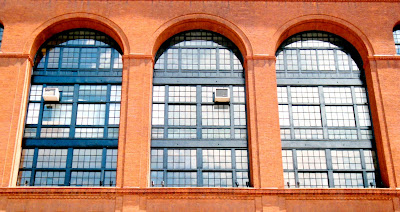 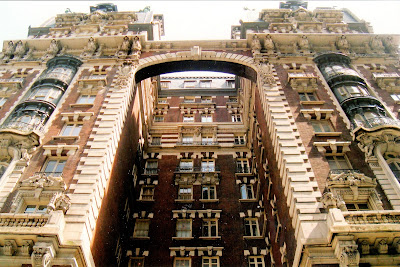 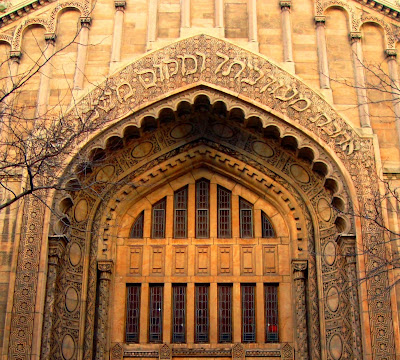 50 East 87th Street: Park Avenue Synagogue (1925) by Deutsch & Schneider. The Hebrew inscription on the Moorish Revival arch is from Psalm 26 and translates as "I love your temple abode, the dwelling-place of your glory." 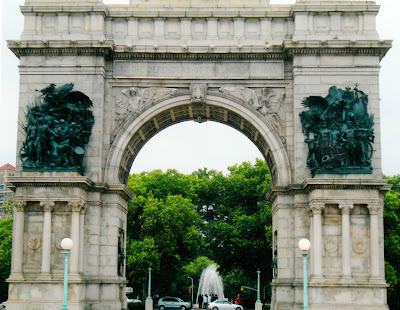 Grand Army Plaza, Brooklyn: Soldiers' and Sailors' Memorial Arch (1889) by John H. Duncan, architect of Grant's Tomb. The sculptures are by Frederick MacMonnies and represent, on the left, the Army, on the right, the Navy. 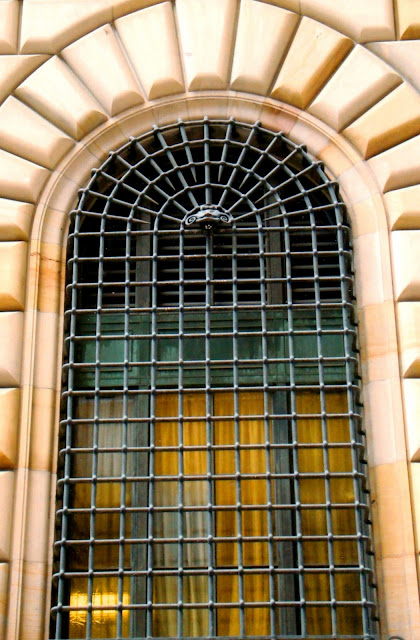 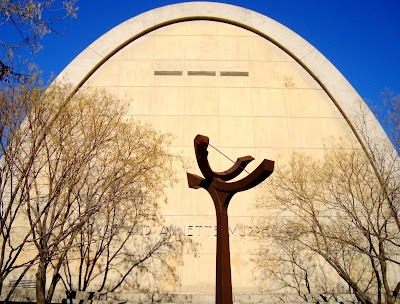 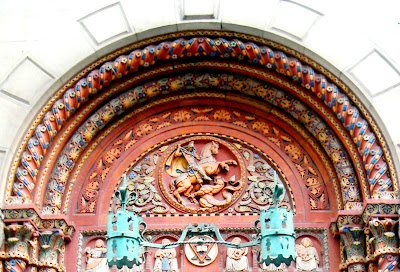 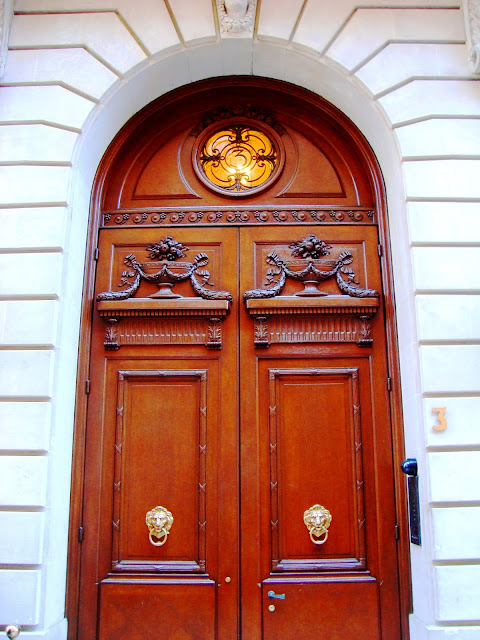 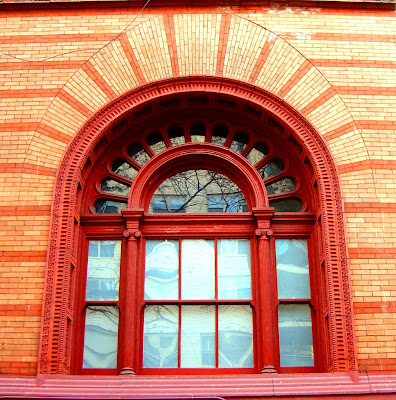