Yet More Modernism in the Midwest 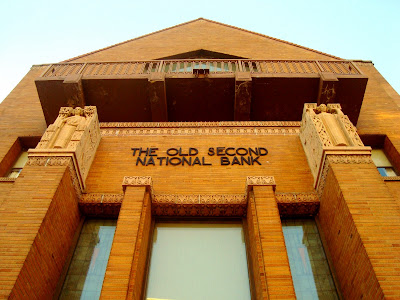 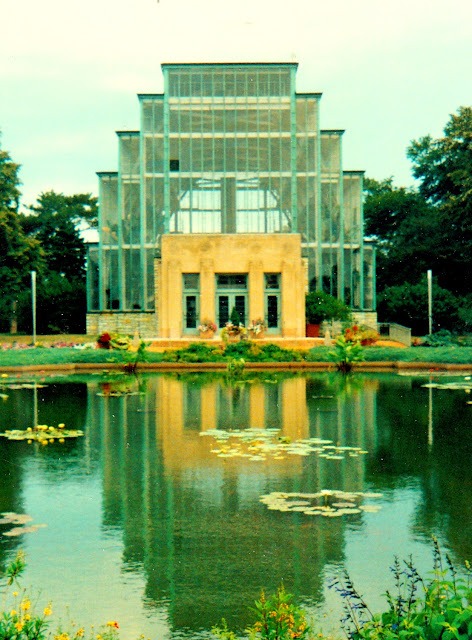 St. Louis: The Jewel Box (1936), also known as the St. Louis Floral Conservatory, by William C. E. Becker. This is said to be the only Art Deco-style greenhouse in the world. 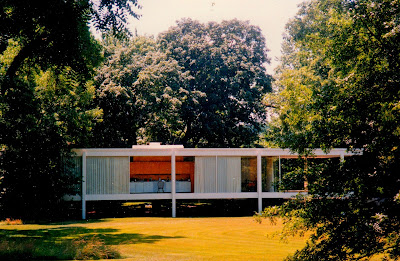 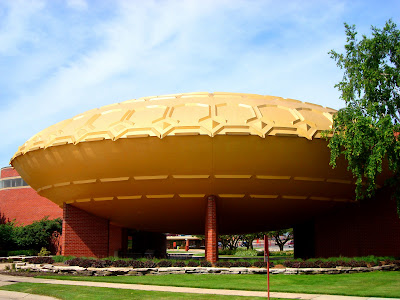 Racine, Wis.: The S. C. Johnson Golden Rondelle Theater (1964) by Lippincott and Margulies. The theater was built for the Johnson Wax Pavilion at the '64 World's Fair in New York and moved to Racine in 1966. 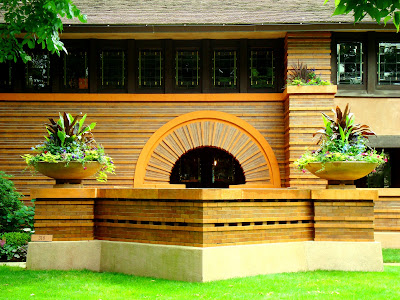 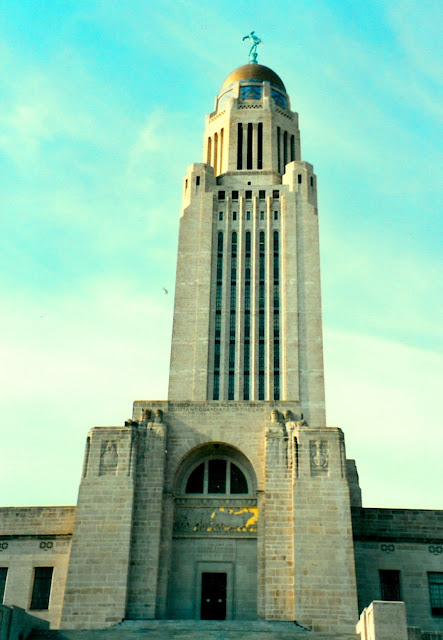 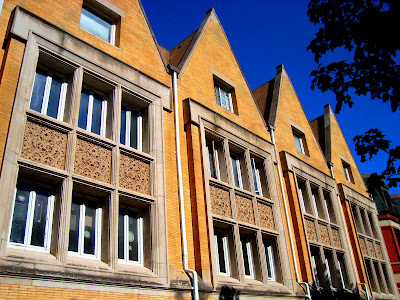 Chicago: Robert W. Roloson Rowhouses (1894) by Frank Lloyd Wright. These four buildings are the only rowhouses Wright ever designed. 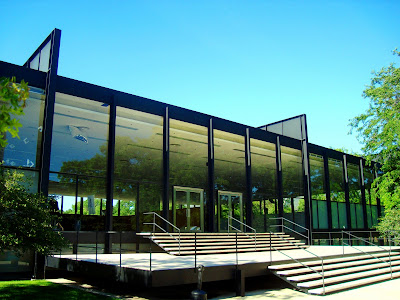 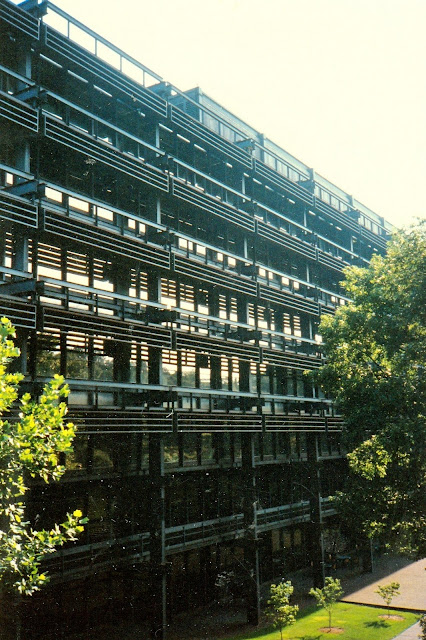 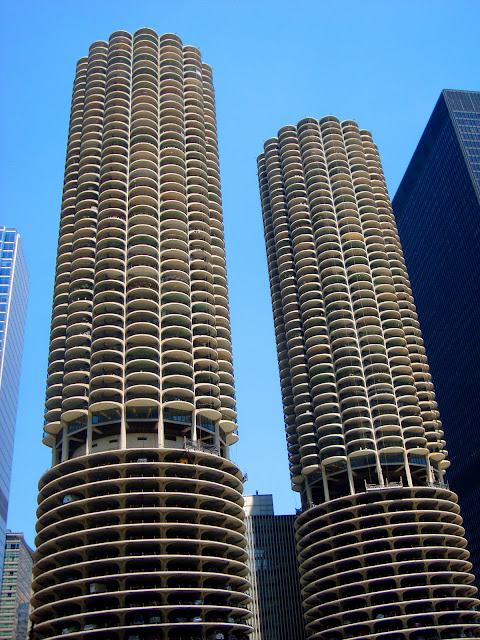 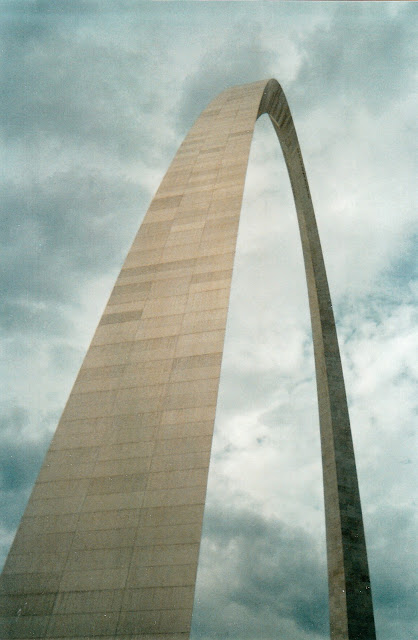 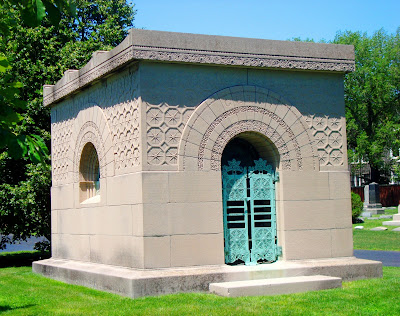 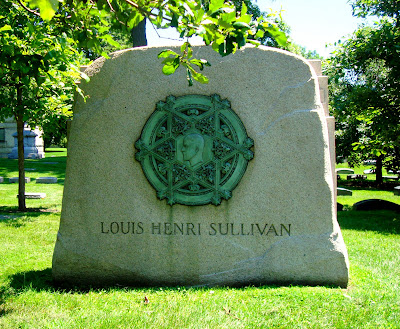 Very nearby is the grave of Sullivan himself. 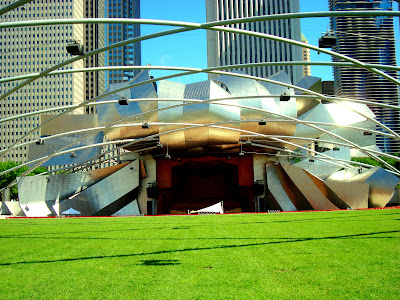 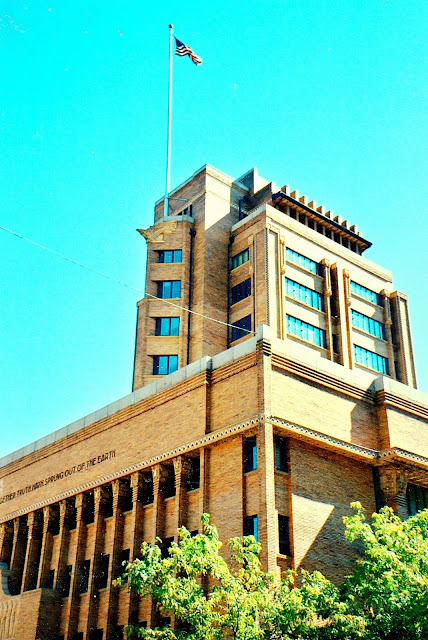 Sioux City, Iowa: Woodbury County Courthouse (1918) by Purcell & Elmslie and William L. Steele. This is the largest Prairie-style building in the world. 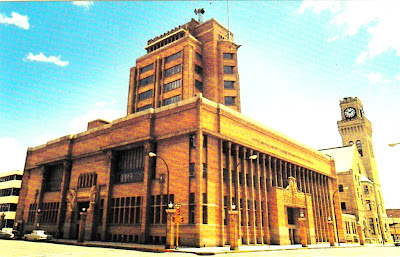