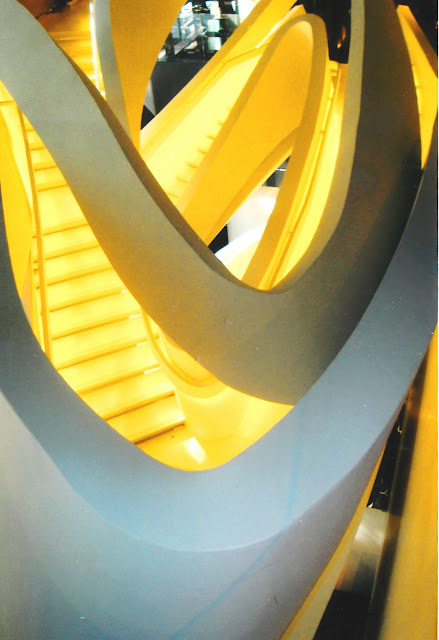 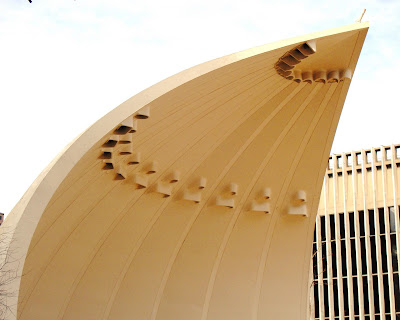 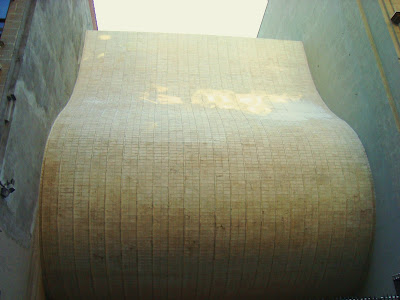 49 White Street: Congregation Shaare Zedek (Civic Center Synagogue) by William N. Breger. This marble-clad design of 1969 is intended to evoke the idea of a flame. 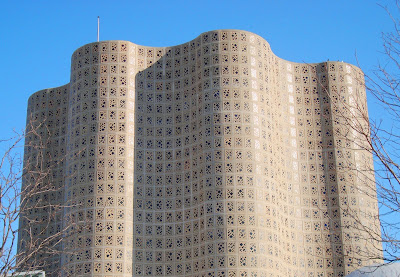 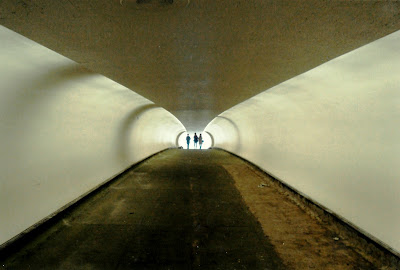 JFK Airport: Terminal Five (originally Trans World Airlines Terminal, 1962) by Eero Saarinen. This photograph of the so-called "umbilical cord," which once provided access to planes, was taken on a Docomomo-sponsored tour in January 2010; the floor has since been carpeted. 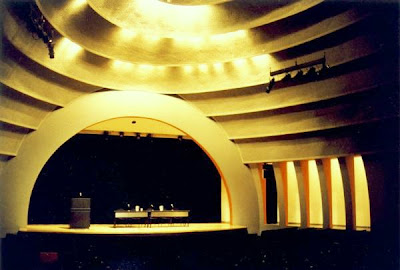 66 West 12th Street: New School for Social Research (1930) by Joseph Urban. This auditorium is said to have served as the model for Radio City Music Hall, completed two years later and designed by Edward Durell Stone and Donald Deskey. 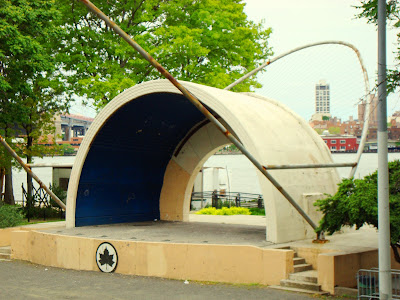 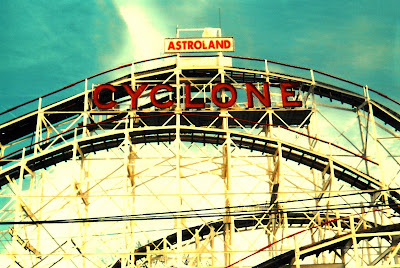 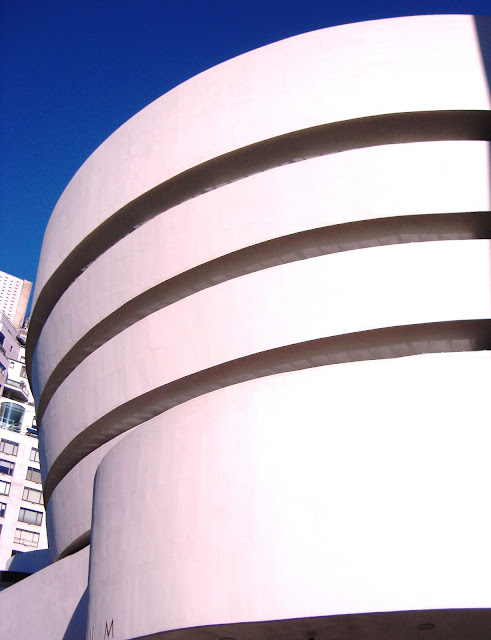