The Most Seventies-Looking Seventies Stamps, Part One 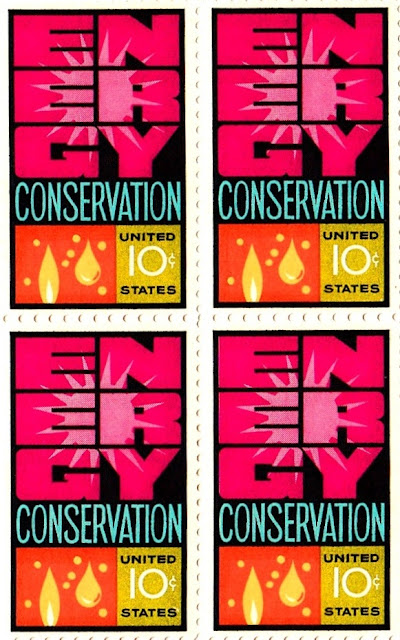 There is a lot of well-intentioned talk these days about energy conservation but the country has--with equal piety--been through a like phase once before, as evidenced by this commemorative stamp of 1974. 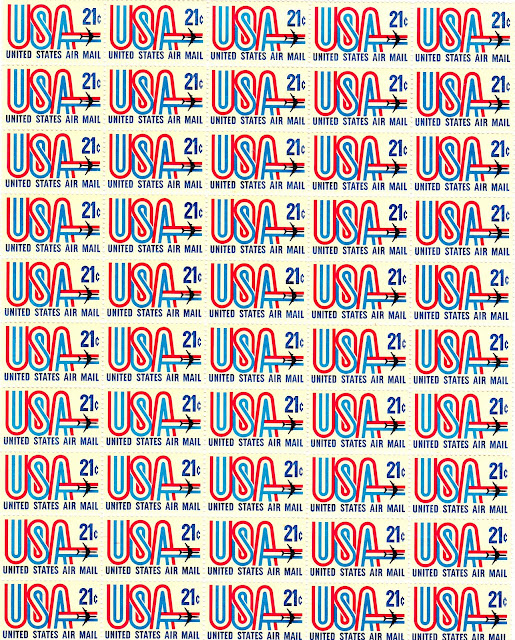 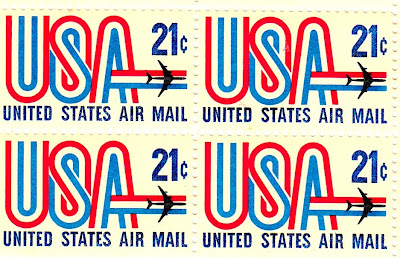 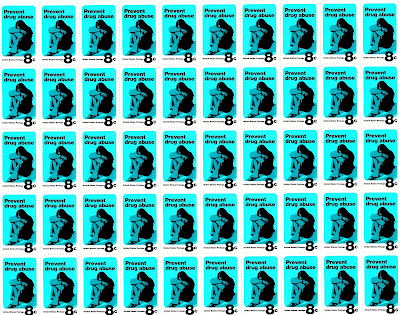 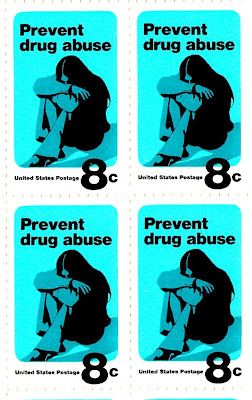 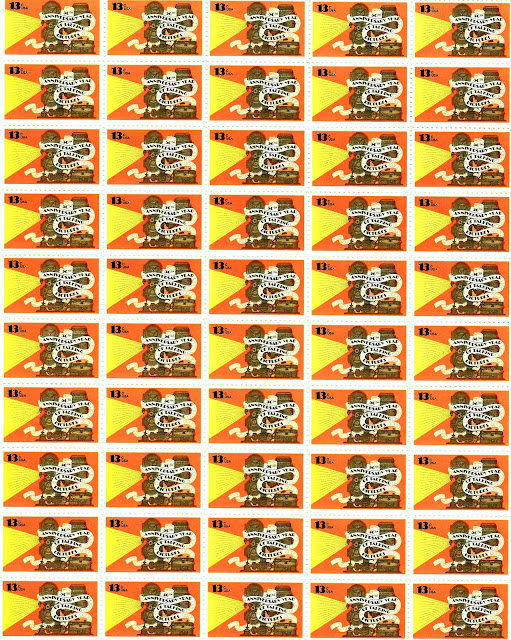 In 1977 came this stamp garlanded with Broadway font, all the rage in the seventies. 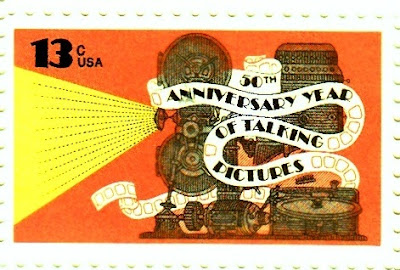 The font was oft chosen for the decade's movie and TV credits, including those for The Sting and Rhoda. 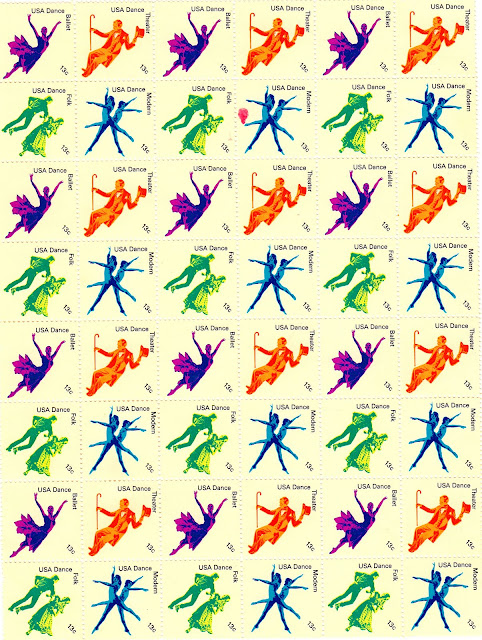 Baryshnikov defected and got an Oscar nom for The Turning Point, vintage MGM numbers in That's Entertainment! were a movie-house hit, Fosse's Dancin' let loose on Broadway, Martha Graham enjoyed endless photo ops with former student Betty Ford, and Studio 54 got the disco ball rolling big time. Dance was quite the thing in the seventies and four of its forms were commemorated with these stamps in 1978. 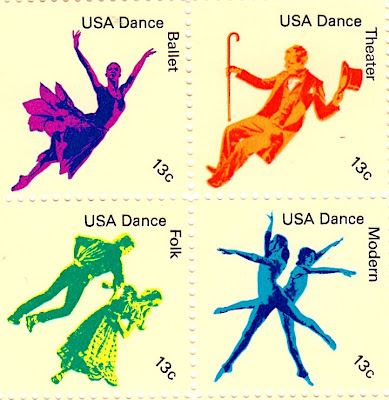 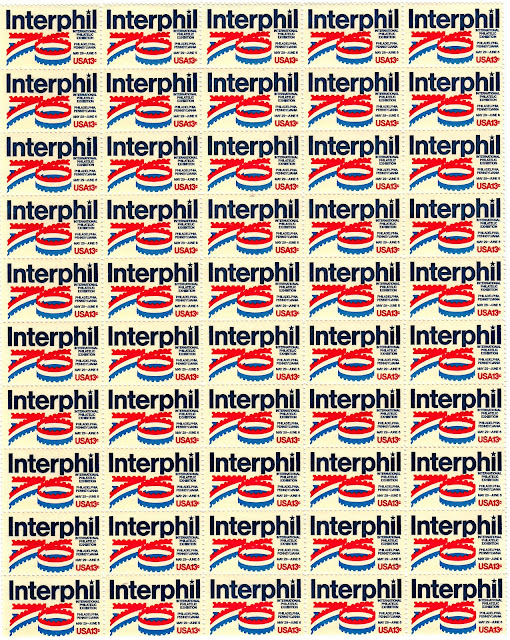 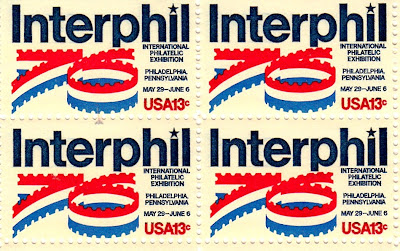 In the seventies, for the first time, U.S. stamps sported Helvetica--and frequently. 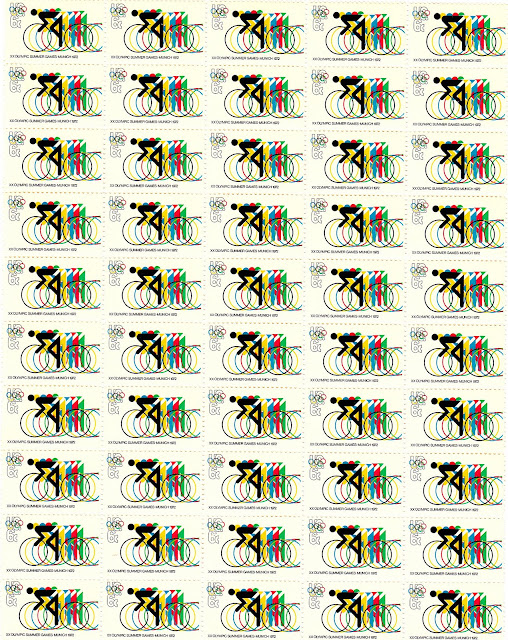 The pictograms Otl Aicher designed for the 1972 Munich Olympics have never been equaled. 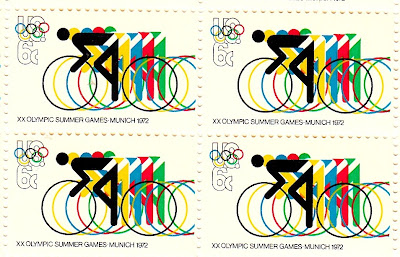 The Olympic rings are echoed--ingeniously--by the bicycle wheels. 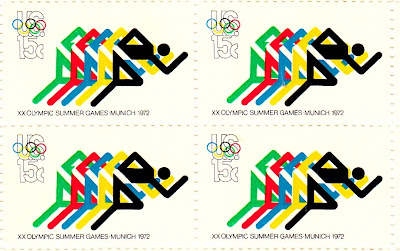 Aicher's work ushered in stick-figure glyphs now in service the world over.
To see the second half of this post, visit: The Most Seventies-Looking Stamps, Part Two
Posted by David Cobb Craig at 4/12/2011