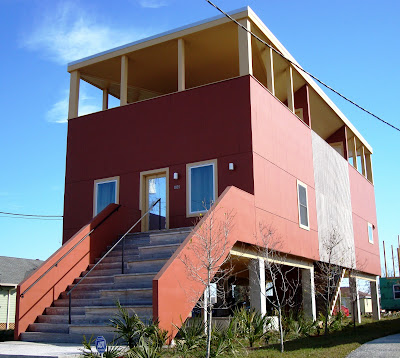 It was while filming Interview With the Vampire in the early 1990s that William Bradley Pitt spent his first stretch of time in New Orleans. While there to make The Curious Case of Benjamin Button, he bought a house in the French Quarter on January 2, 2007. That same year he founded Make It Right to spur redevelopment in the ruined Lower Ninth Ward. This house is a result of that effort. 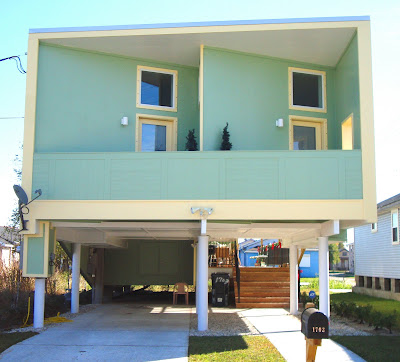 The goal of Make It Right is to build 150 homes. So far, about 84 have gone up or are underway. 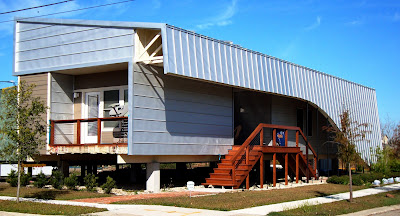 Make It Right hired a team of local, national and international architects to come up with designs for 13 prototypes. 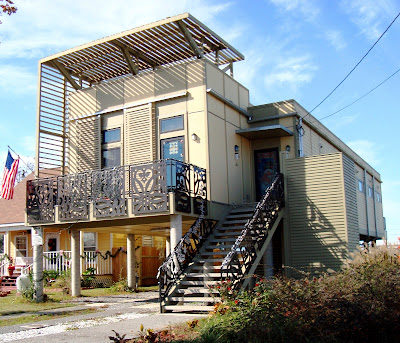 This is the Garden Prototype, designed by KieranTimberlake of Philadelphia. 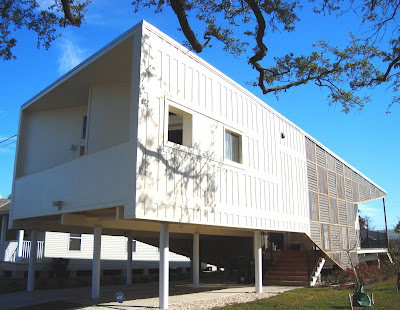 Most of the homes are on stilts. 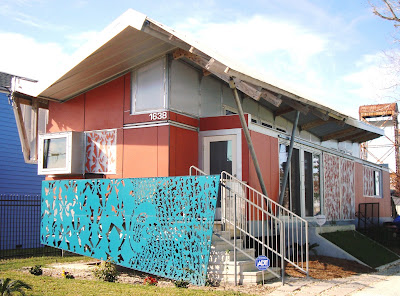 However, Float House by Thom Mayne's Morphosis is not on stilts. In case of flooding, it is designed to turn into a raft that rises on guideposts to keep it from drifting away. 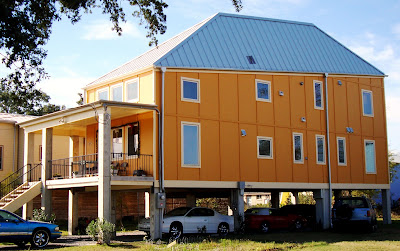 The Lagniappe House was designed by Concordia, a New Orleans firm. 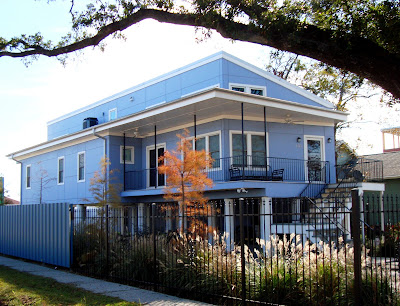 Each single-family house costs in the neighborhood of $150,000, funded with donations. 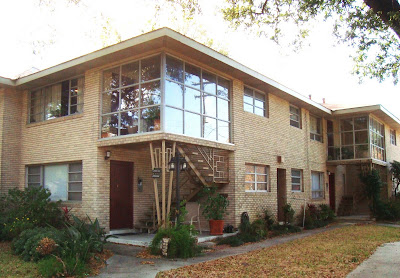 In the parts of Benjamin Button set in the '60s, the characters played by Brad Pitt and Cate Blanchett feather a love nest in this mod mid-century apartment complex at Napoleon Avenue and South Saratoga Street, the area of New Orleans known as Uptown. 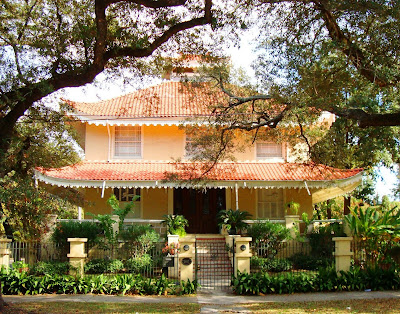 Smack across the street from the apartment building, at 2037 Napoleon Avenue, is Pagoda House, built in 1904 and designed by Frank P. Gravely & Co. This house has nothing whatsoever to do with Brad Pitt, but what a tasty gumbo of architecture is New Orleans. 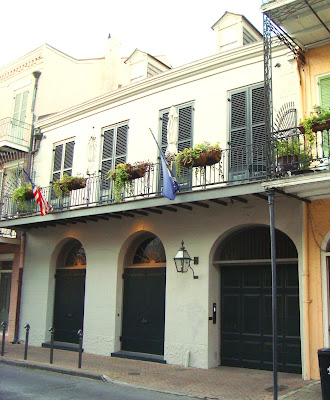 Here is Brad Pitt's house at 521 Governor Nicholls Street in the French Quarter. 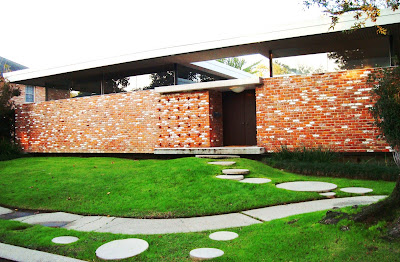 Brad Pitt's New Orleans home dates from the 1830s, but as an avowed orthodox Modernist (just look at those Lower Ninth Ward houses), he might prefer the Steinberg-Fischbach House. Designed by Curtis and Davis in 1955, it asserts an audacious individualism at 1201 Conery Street in the Garden District. 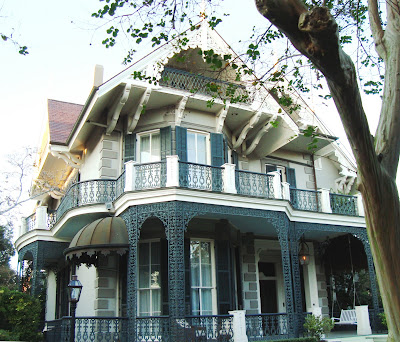 Two blocks away, at 2627 Coliseum Street, is James Eustis House, designed in 1876 by William A. Freret Jr., and now part-time home to Brad Pitt's fellow thesp, Sandra Bullock.
To look at another post about the Crescent City, visit: On Mardi Gras, Beloved Logos of New Orleans
Posted by David Cobb Craig at 1/10/2011