Alluring Architectural Appliqués in the Bronx 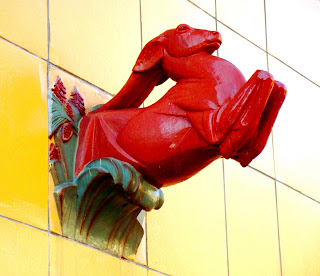 Parkchester is a huge middle-class housing complex in the Bronx similar to Manhattan's Stuyvesant Town and Peter Cooper Village. All three developments sport the same blah architecture but Parkchester's is offset by a rich program of terracotta sculptures, exemplified by this leaping stag. 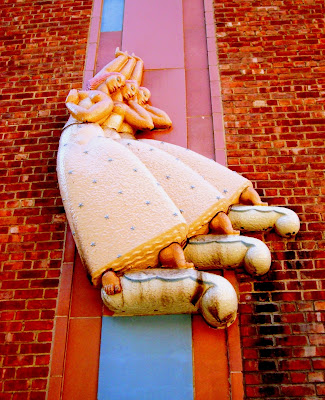 The Federal Seaboard Terra Cotta Corporation manufactured more than 500 embellishments for Parkchester, among them this trio of ballerinas.

The Works Progress Administration theme and look of the sculptures--like these laborers--reflect the time construction of Parkchester commenced, in 1938. 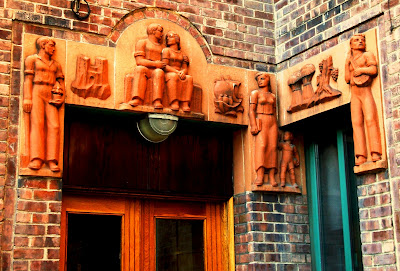 Sculptor Joseph Kiselewski (1901-1986) depicted a family around this door.

Family is an obvious motif in many of the sculptures. 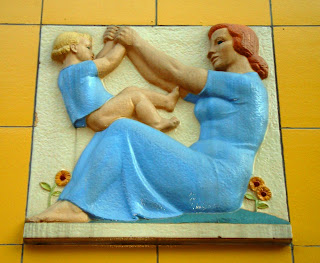 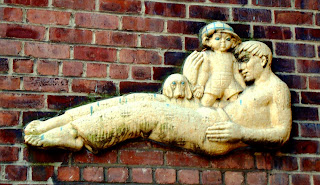 But sometimes fatherhood, too. 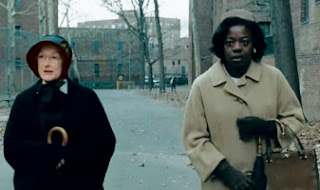 The 2008 movie Doubt had a pivotal scene set in Parkchester between Meryl Streep and Viola Davis. Both got Oscar nominations. 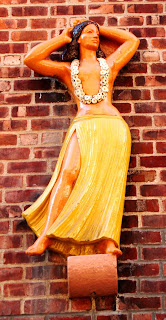 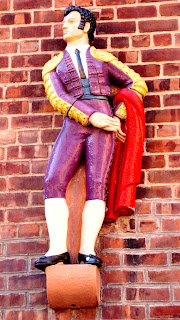 You can see other stars in Parkchester any old day--like this hula dancer and matador, both of whom adorn its movie theater. 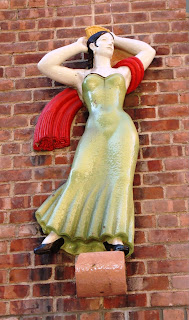 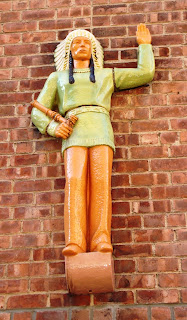 As do this señorita and Indian chief. 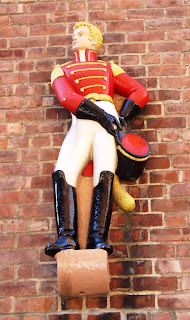 So does this soldier. 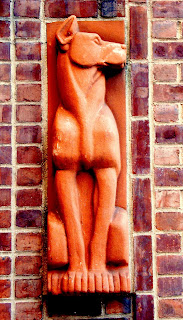 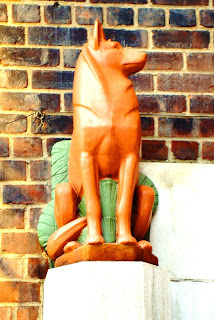 There are quite a lot of animals as well. 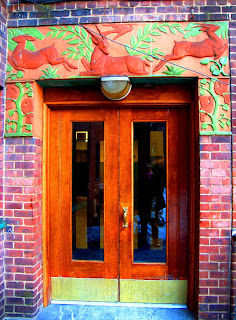 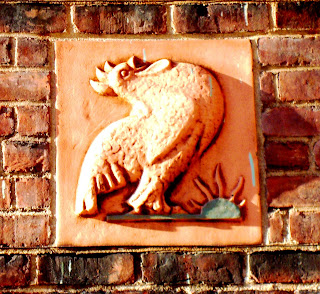 And this rooster to remind residents, ugh, it's time to get up and go to work. 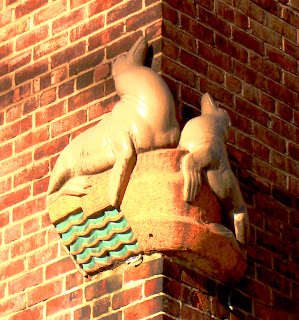 These seals wrap around a corner. . . 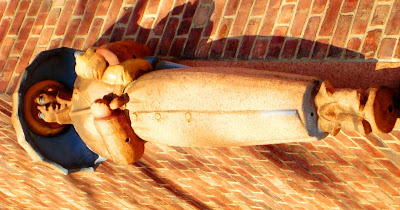 . . . as does this resident who has been caught in the rain while shopping. 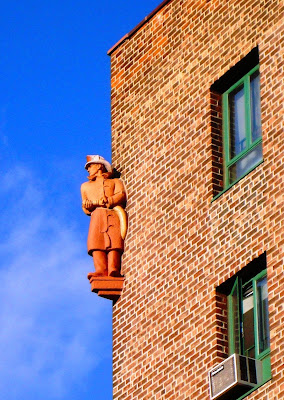 The 171 buildings of Parkchester range from seven to twelve stories, and some of the sculptures, like this fireman, are high up. There are 66,000 windows in Parkchester. 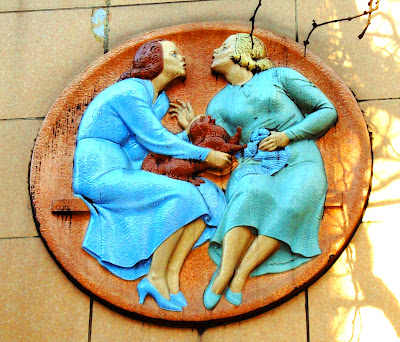 On this medallion note the yapping pooch and the knitting that occupy laps.

Parkchester takes up 129 acres, 22 more acres than the Magic Kingdom at Disney World in Orlando. 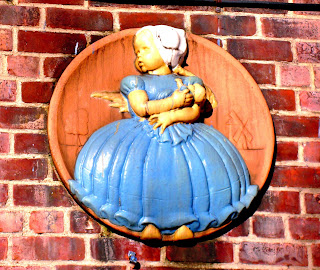 The windmill on the right of this girl and her dolly seems to reference New York City's origin as Nieuw Amsterdam. 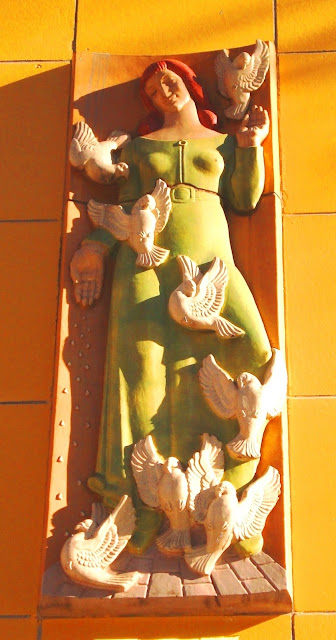 Here is a lady feeding pigeons. But does it have other meaning? Writer Jonathan B. Hall notes that the pattern of bread crumbs on the left is similar to the image in art of Mary extending rays of light from her fingertips to Earth below, and that her hand is raised in a classic gesture of blessing. The white pigeons might, to some, evoke the image of the Holy Ghost. 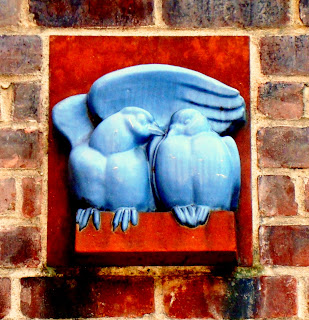