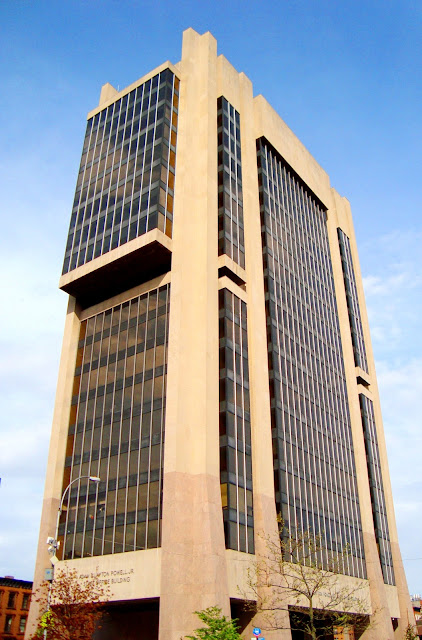 Concrete columns splayed at the base, individual sections of glass curtain wall, a top section that projects provocatively--these are mod hallmarks that give the Harlem State Office Building a decidedly mid-century look. It was designed in 1973 by Ifill Johnson Hanchard and is at 163 West 125th Street. 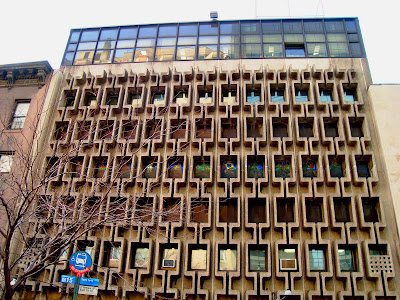 From the mid-50s till the mid-70s, architects sought fresh forms for buildings--such as the one used here for the Lucile and Carl Oestreicher Community House, next to Temple Shaaray Tefila at 250 East 79th Street. 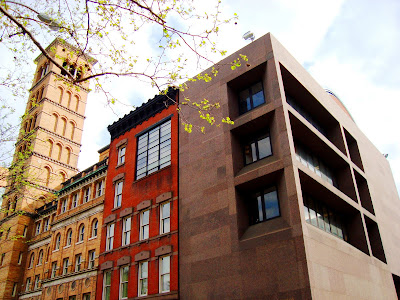 For two decades, a feverish preoccupation with new architectural articulations endowed Manhattan with scores of arresting buildings--including the Hagop Kevorkian Center for Near Eastern Studies at 50 Washington Square South. It was designed in 1972 by Philip Johnson and Richard Foster. 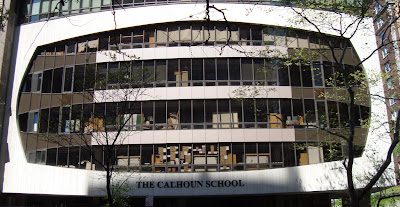 At 433 West End Avenue, the Calhoun School Learning Center calls to mind a television set. It was designed in 1975 by Costas Machlouzarides. 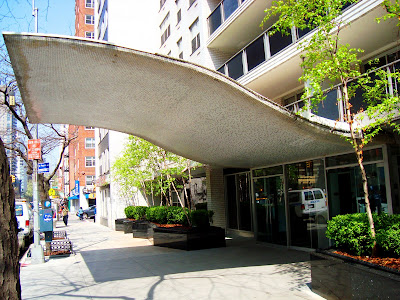 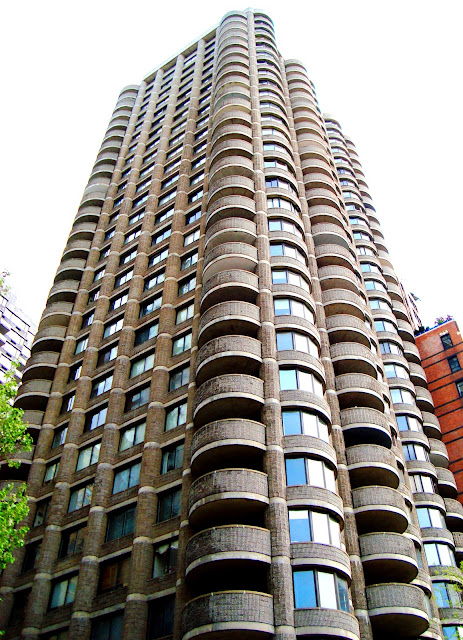 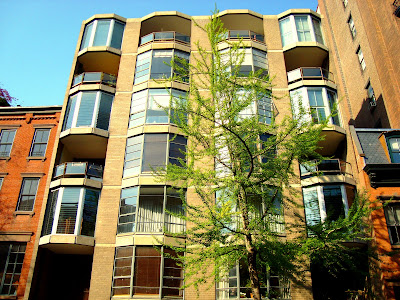 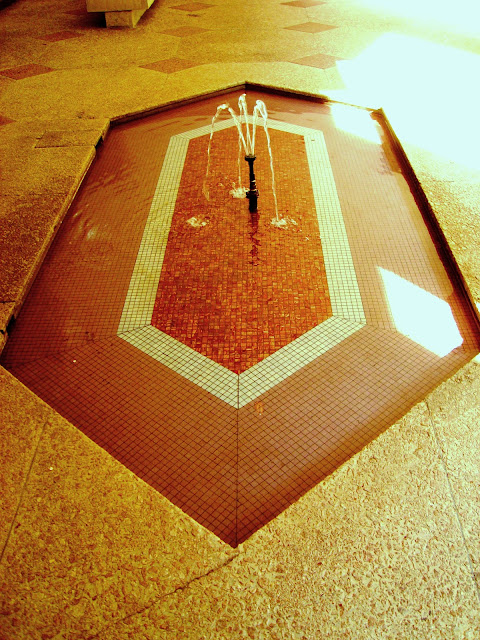 Hexagonal fountain in the forecourt of Butterfield House. 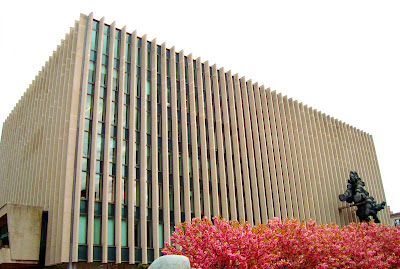 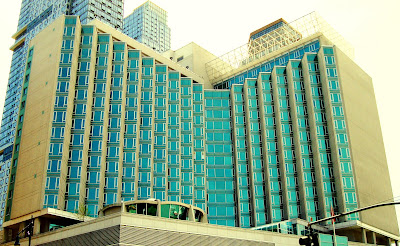 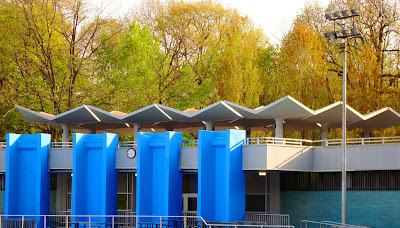 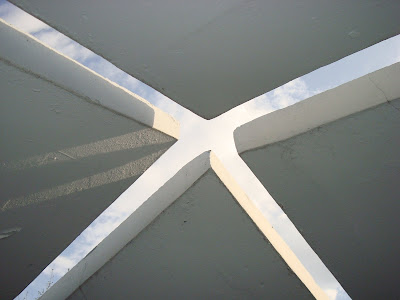 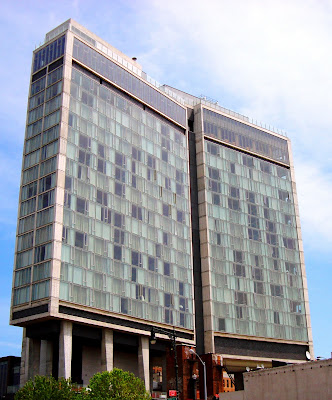 This is not one of the Ten Mid-Cen Gems but it sure could be. Evoking that bygone era of risk-taking design, the Standard New York by Polshek Partnership went up not 40 years ago but in 2009.
To look at similar posts, visit: Mid-Century Manhattan Churches & Groovy, Curvy Architecture in N.Y.C. & Ten More Mid-Cen Gems in Manhattan
Posted by David Cobb Craig at 5/09/2011