Red Doors of the Upper East Side 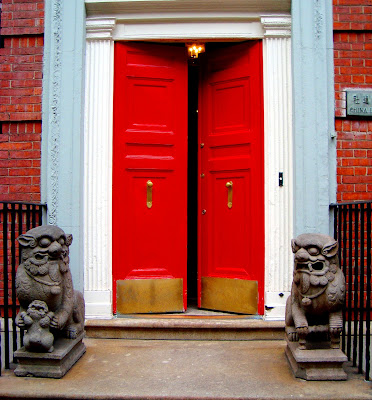 The Chinese consider red to be a propitious color, making it at an apt choice for the China Institute in America at 125 East 65th Street. Prior to Chinese New Year, doors get a fresh coat of crimson to attract good luck and well-being. 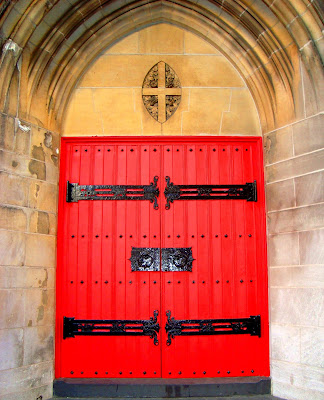 On a house of worship, a red door is supposed to evoke memory of the Saviour's sanguine fluid and signifies that the space behind is sanctified. The doors above are a side entrance of the Park Avenue Christian Church at 1010 Park Avenue
. 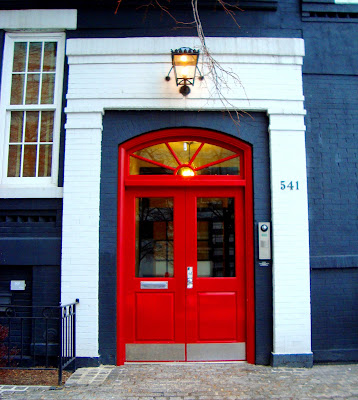 541 East 72nd Street, address of the late George Plimpton's apartment. I once enjoyed a 10-minute tête-à-tête with President Clinton here about his library in Little Rock--with him doing 90 percent of the talking. 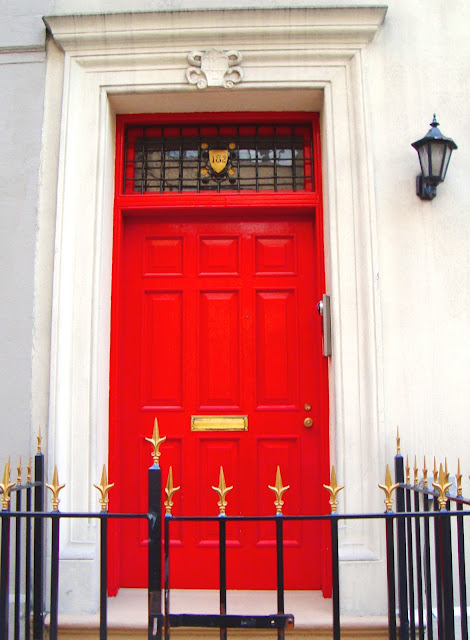 In Ireland folks paint doors red to stave off malevolent spirits and ghosts, a tradition based on of Druidic superstitions. This door is at 182 East 75th Street. 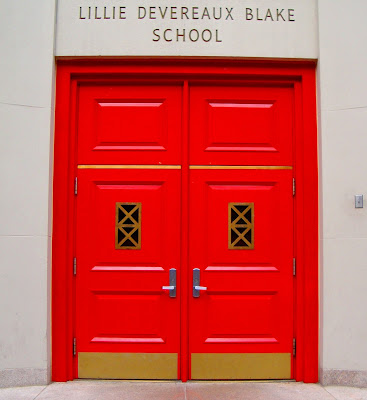 Schools and barns were commonly painted red starting around the time of the Civil War because cheap, easy-to-come-by iron ore--ground fine--yielded the key ingredient for a pigment called Venetian red. These doors are at 45 East 81st Street. 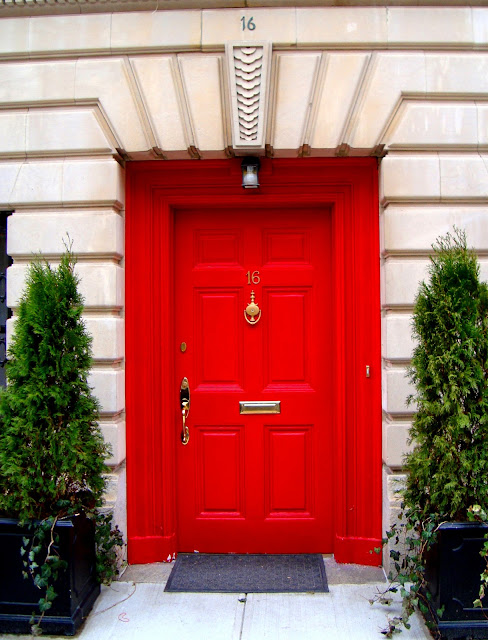 According to the aesthetics of feng shui, a red door symbolizes the mouth of the home and draws positive energy to it. This door is at 16 East 81st Street. 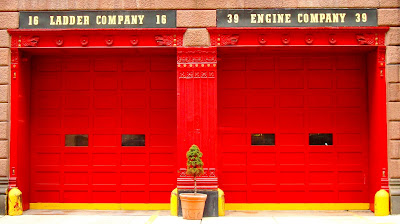 When Model T's began to hit the road in the early 1920s--all of them painted black to make them as inexpensive as possible--fire departments started painting their vehicles red to stand out better. This fire station is at 157 East 67th Street. 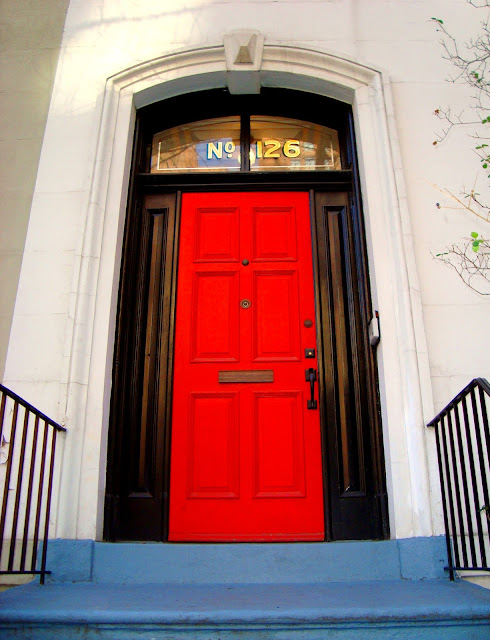 During the era of the Underground Rairoad a red door supposedly represented a safe house. This door is at 126 East 78th Street. 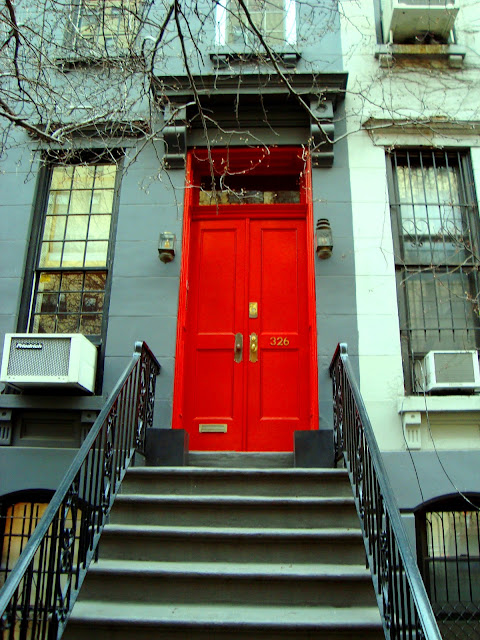 A red door is also said to announce that a home is paid for, free and clear. Above is 326 East 69th Street, financial disposition unknown by me. 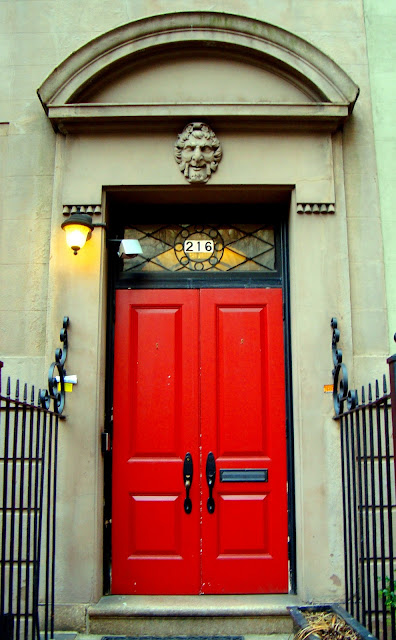 Albert Einstein painted his door red because he said he otherwise could not recognize his own home, which was not the one above at 216 East 70th Street. 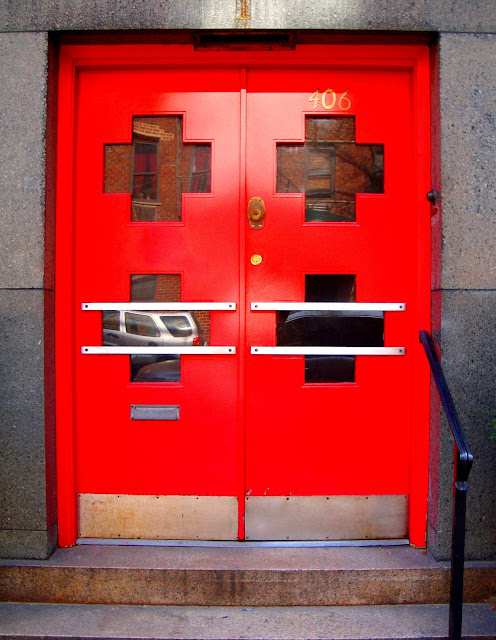 At 406 East 80th Street are these doors that date from 1955 and were designed by Brown-Guenther-Booss for the Convent of St. Monica, patroness of those who have difficult marriages, disappointing children and--fittingly for New Yorkers--are victims of verbal abuse.
To look at similar posts on portals, visit: Art Deco Doors in N.Y.C. & Eloquent Opening Statements in N.Y.C.
Posted by David Cobb Craig at 5/02/2011