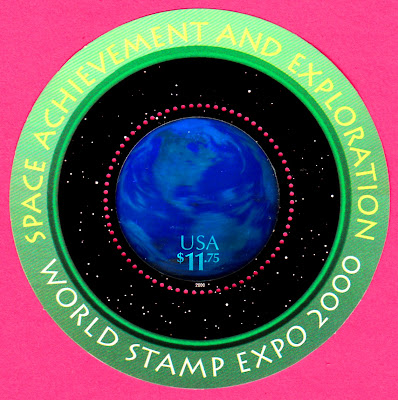 Very, very rarely in its 164 years of issuing stamps has the U.S. post office strayed from the traditional square or rectangular formats―and it has done so only in the last few years. In 2000 came the first (and so far only) round U.S. stamp, with planet Earth rendered as a hologram (also a unique occurrence). Tilting the stamp allows the viewer to observe the planet rotate 25 degrees east and west. 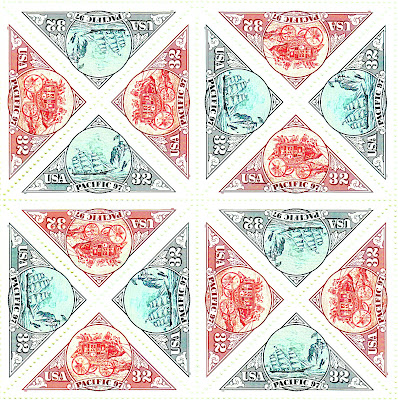 In 1997 the post office put out the first―and again, only―triangular U.S. stamps, showing a clipper ship and a mail stagecoach. The first (and only) pentagonal stamps, from 2000, showed five images of the Sun. 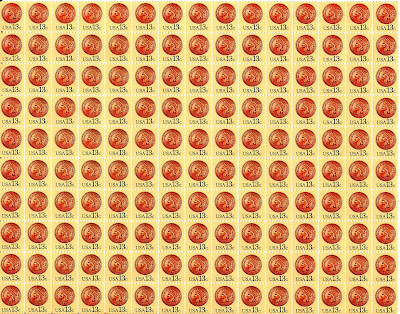 In 1978, in resolution to cut down on paper waste (yep, there was a phase of that in the '70s as well), the post office tried printing a pane containing 150 stamps rather than 100, the norm. The stamps―featuring an Indian head penny―measured about three-quarters of an inch on each side. 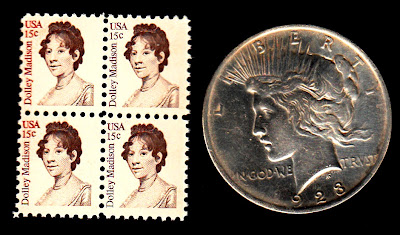 Because the ever-resistant public considered the Indian head stamp too small to handle and too easy to lose, the post office didn't devoutly persevere with its paper-saving campaign, implementing it only one more time
―in 1980, with this chicly petite Dolley Madison stamp.
Posted by David Cobb Craig at 5/18/2011