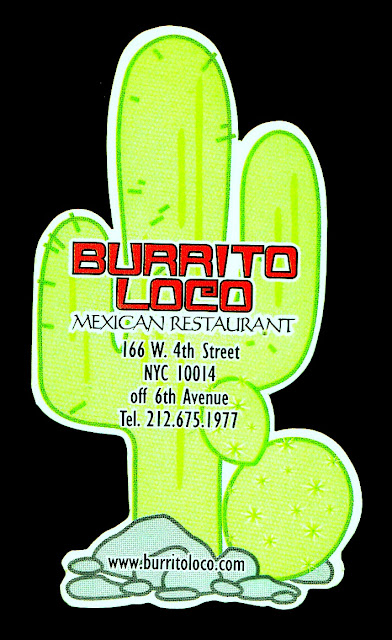 There are rectangular and square business cards aplenty. The card above and the ones below don't fit that mold. 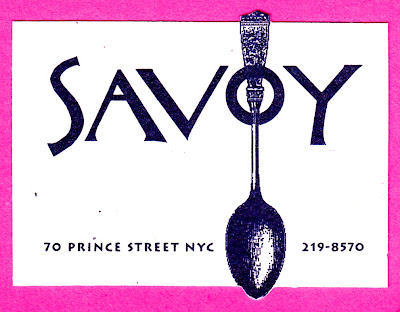 With its die-cut spoon sprouting off the top and bottom, this is pretty much my all-time favorite card. Savoy, alas, will close on June 18 after two decades in business. 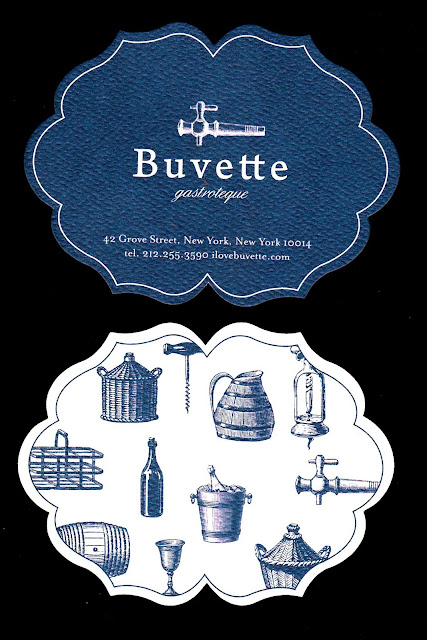 The rococo card of three-month-old Buvette is a new fave. Shown are the front and back.

This card is genius: The shape echos that of a loaf of bread. 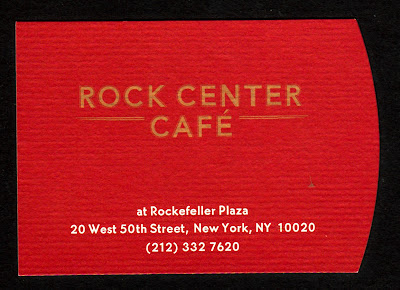 The same shape accords this card an Art Deco air. 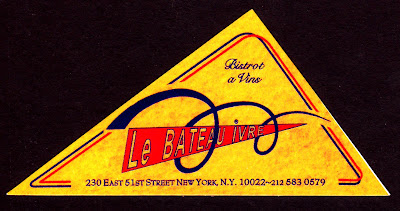 I have come across a triangular card exactly once and this is it. 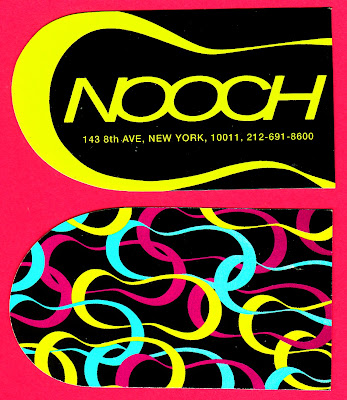 The front and back of the card for a Japanese-Thai noodle bar--thus the groovy lineation. 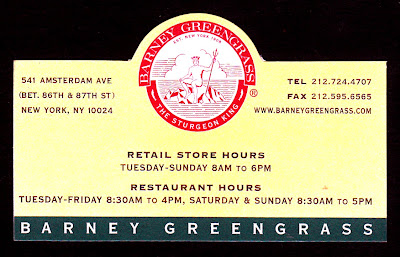 The only card I have with this shape. 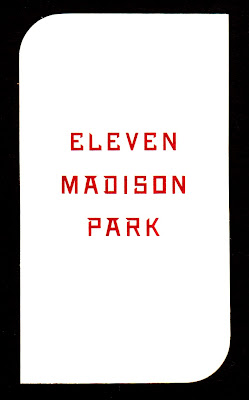 and a pair of rounded corners on a card oriented vertically. 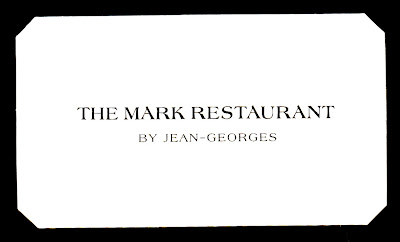 This refined card has chamfered corners--the first I've ever seen on an N.Y.C. card.

Round cards are not common but they're out there. Here's the front and back of one. 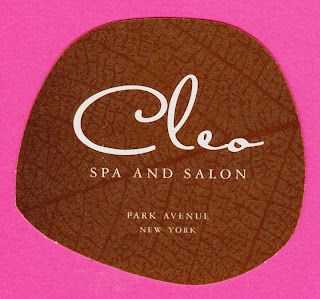 From 407 Park Avenue South, a card shaped like a leaf. 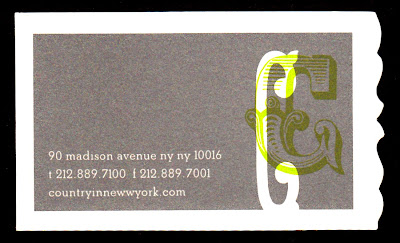 This is the card for Country. 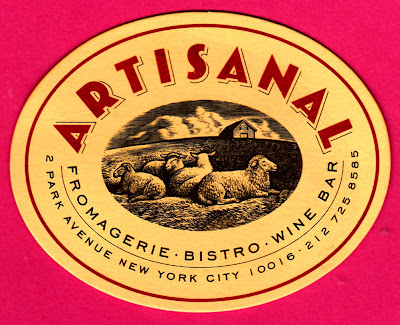 The ovoid card is a rara avis. 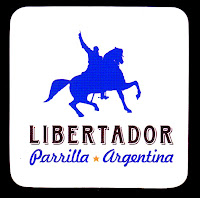 This is a teeny square card--for a restaurant at 1725 Second Avenue--and all its corners are rounded. 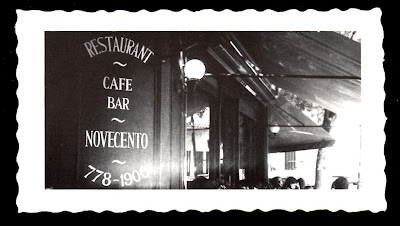 The deckle edge of this card--for an eat place at 343 West Broadway--evokes a 1950s photo. 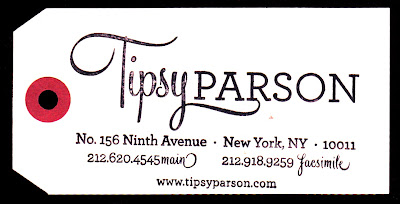 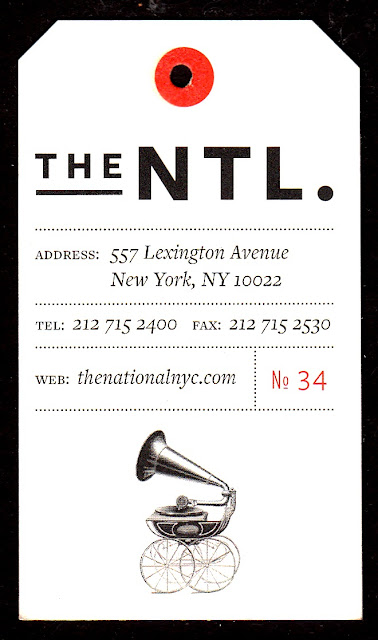 This card was dispensed sometime around 1981 from a Takacheck, a bell-clinging contrivance retained from the 1950s (and still in use today) when the Odeon's space was occupied by the Towers Cafeteria. The card is shaped like one of the meal tickets once used to keep track of what you chose from the cafeteria's steam tables. 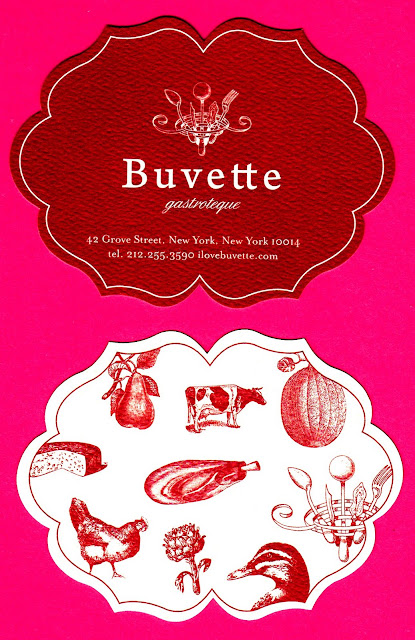 Here's another version of Buvette's enchanting card--in brick red. The illustrations on the back of this card reference food; the Buvette card at the beginning of the post, in navy blue, has images related to wine.

This is not a business card but a post card of Manhattan. Wouldn't its shape make a great card for a venturesome New York City outfit?