Selections From My Collection of 1960s Mall Post Cards: "Waiting for Godot" Series 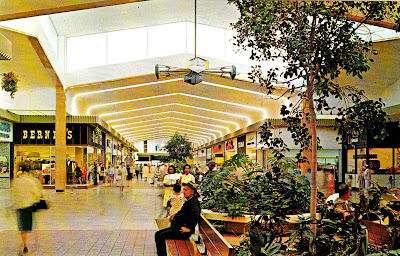 In these post cards of malls, an anonymous photographer caught folks waiting, waiting, waiting in climate-controlled comfort, including this fella at the Tacoma Mall, constructed in 1965. Dig those groovy clocks. 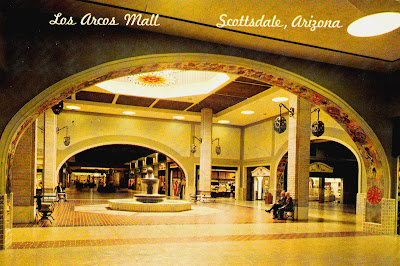 Scottsdale's Los Arcos Mall, constructed in 1969, demolished in 2000. Is that Vladimir and Estragon on the right? 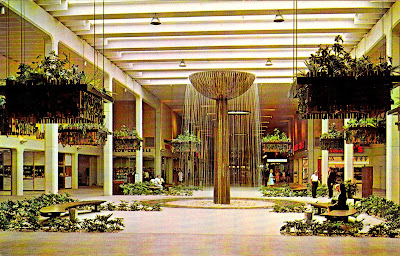 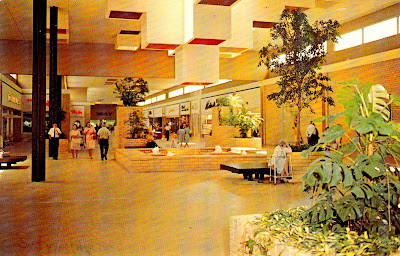 Jacksonville's Regency Square Mall, constructed in 1967, "rejuvenated" in 1992. A poignant image if you click and look closely. 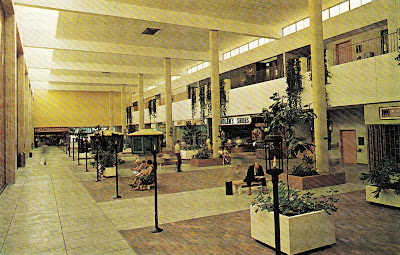 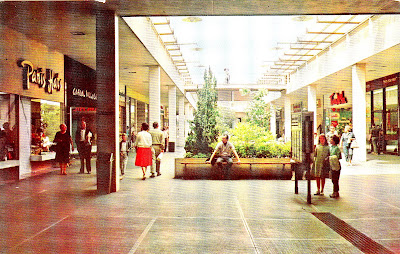