Yet Further Selections From My Collection of Mall Post Cards 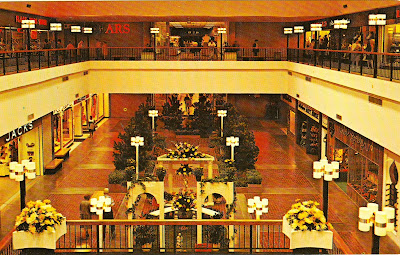 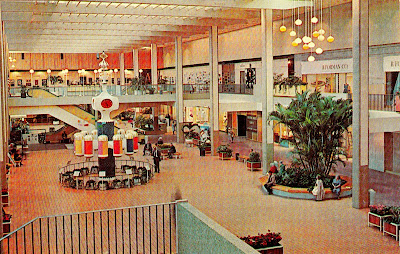 Opened on April 10, 1962, Midtown Plaza in Rochester, N.Y., was the first downtown indoor mall in the U.S. Locked shut permanently on December 31, 2008, and demolished in late 2010, it was designed by Victor Gruen (1903-1980), who--because of his pioneering and contagious mall scheme--has been termed the 20th-century's most influential architect. 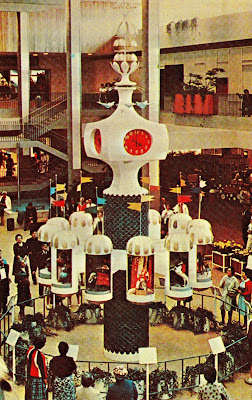 The focal point of Midtown Plaza was the Clock of Nations, where shoppers flocked each hour and half-hour to witness mechanized marionettes cut loose to the music of 12 countries (one of them being Puerto Rico). Designed by Geri Kavanaugh, the clock now has a home at the Rochester Airport. 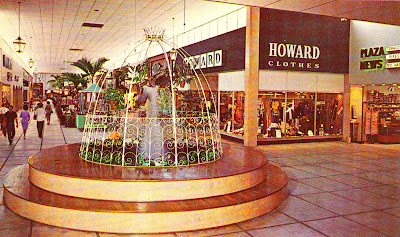 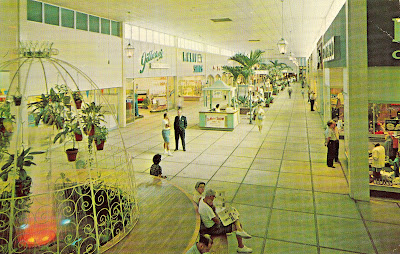 Here's another view of Colonial Plaza, described as a "Tropi-Colonial" setting. Along with palm trees, there were lanterns hanging from the ceiling tiles and iron-work around the fountain--nods to the Colonial? The mall closed in 1995. 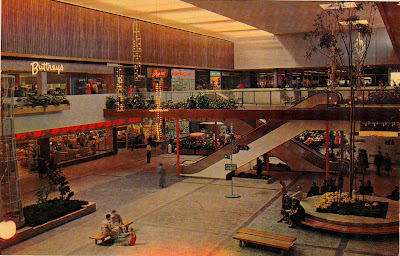 Southdale Center in the Minneapolis suburb of Edina opened in 1956 as the world's first fully-enclosed mall and was designed by the aforementioned Victor Gruen. An immigrant from Austria, Gruen lamented the lack of European-manner meeting squares in his adopted land and modeled the mall after them--a rendezvous point where suburbanites who had disconnected from downtown could congregate to eat and drink, rub shoulders, go to a movie and, of course, shop--all in American-style climate-controlled comfort. 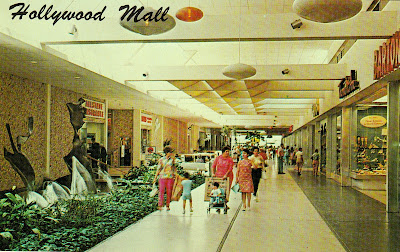 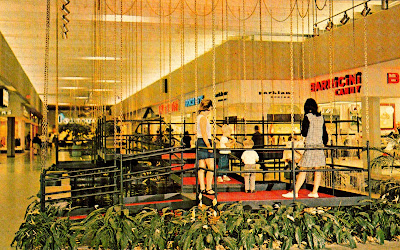 Original named simply "The Mall," this mid-century agora is located between Elmira and Corning, N.Y., and is today known as the Arnot Mall. It is three times larger than when this image was captured in the early 1970s. 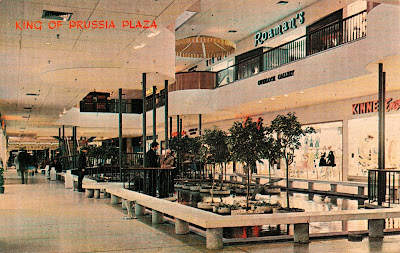 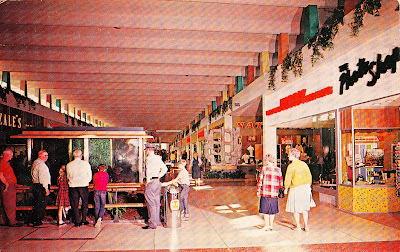