More Modernism in the Midwest 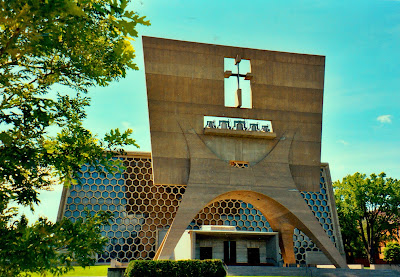 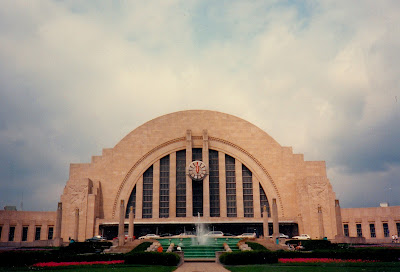 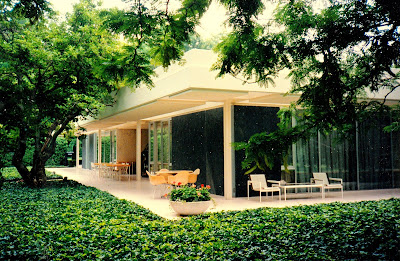 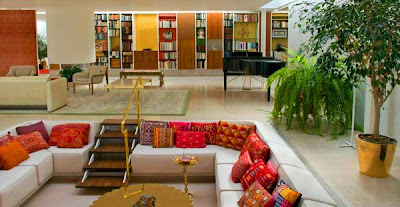 Interior design is by Alexander Girard. In 2008 the estate of J. Irwin Miller and Xenia Simons Miller donated the home to the Indianopolis Museum of Art. Tickets go on sale April 1 for the first public tours, which start in May. Through the kind indulgence of the Millers (after having written them a letter), I was in 1999 able to visit their home and its extraordinary grounds, which were laid out by Dan Kiley. 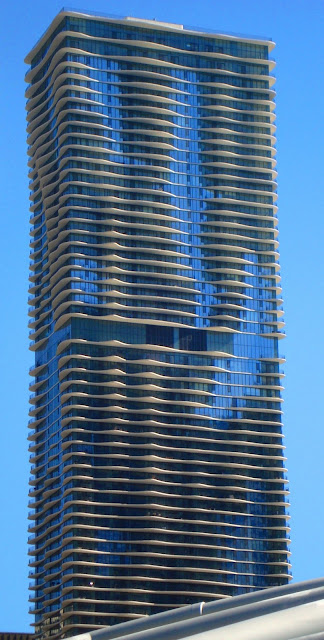 Chicago: The residential tower Aqua (2009) by Studio Gang. At 859 feet, it is the Windy City's 12th tallest building as well as the world's tallest building to have a woman as lead architect, Jeanne Gang. 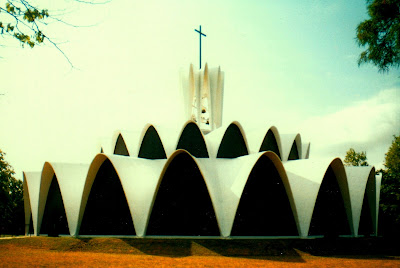 Creve Coeur, Mo.: Abbey of Saint Mary and Saint Louis (1962) by Gyo Obata of Hellmuth, Obata and Kassabaum, with the Italian engineer and architect Pier Luigi Nervi serving as consultant. 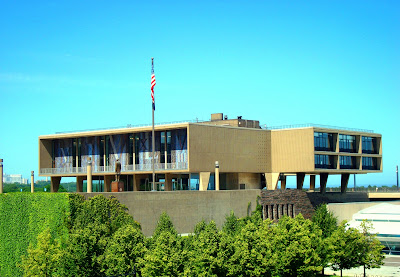 Milwaukee: War Memorial Center (1957) by Eero Saarinen (very obviously inspired by Le Corbusier). The mosaic on the western facade (at left) is by Wisconsin artist Edmund Lewandowski and is composed of 1.4 million pieces of marble and glass. 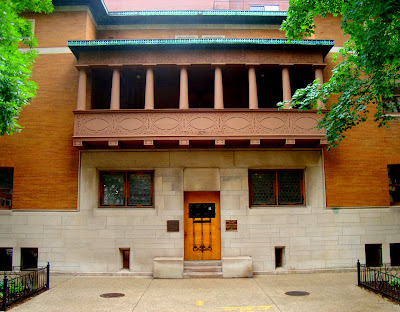 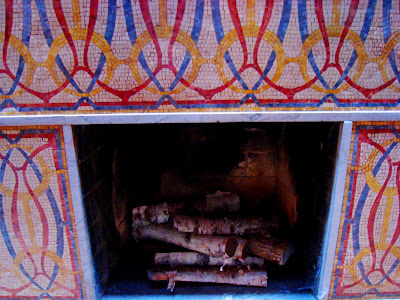 The interior is blessedly devoid of Victorian-era foofaraw--though the fireplace surround is rather jazzy. 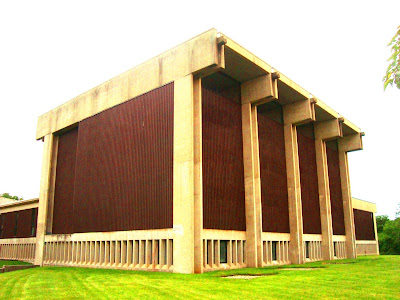 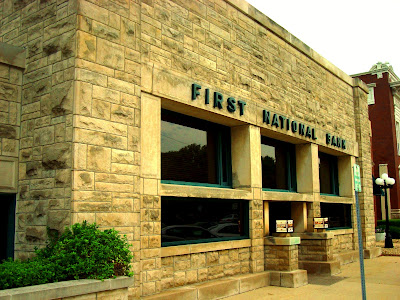 Dwight, Ill.: First National Bank (1905) by Frank Lloyd Wright. Renouncing the Classical style that trimmed practically every financial institution of the time, Wright wanted a bank that didn't "put on the airs of a temple of worship." The bank has a signature Wrightian feature--a fireplace, most peculiar, then as now, for an office building. 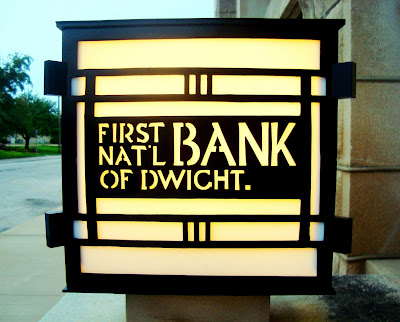 The bank has undergone interior renovations but on the outside remains virtually unchanged for more than a century. 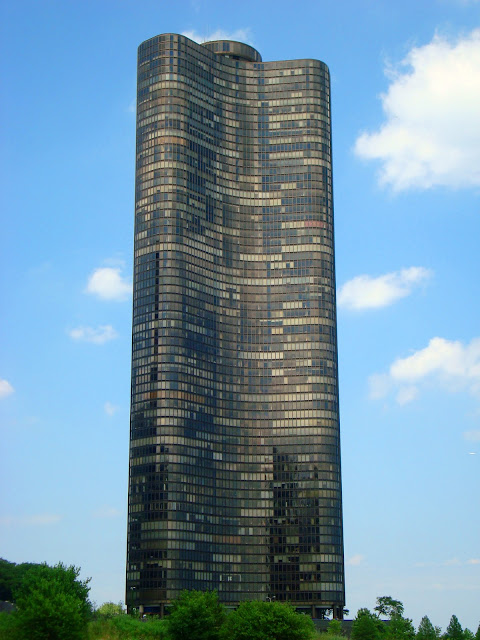 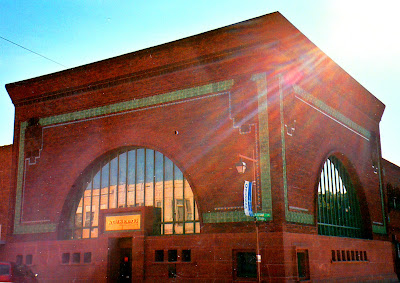 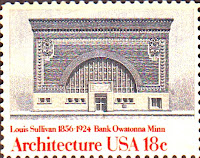 In 1981 the post office honored the bank (now a Wells Fargo) with this stamp. 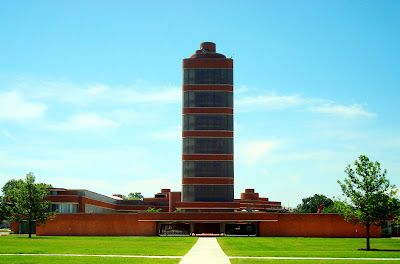 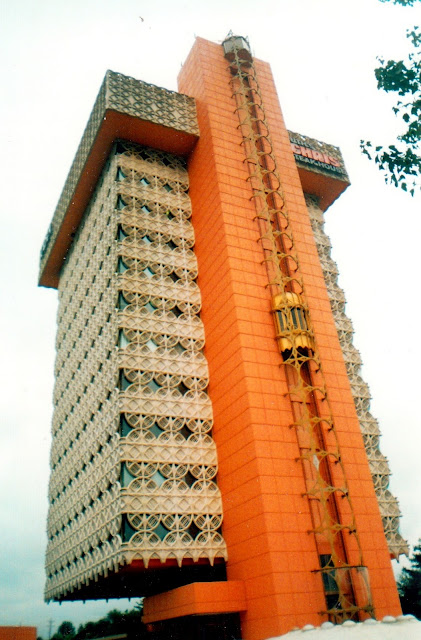 ﻿Louisville, Ky.: Kaden Tower (1965) by William Wesley Peters of Taliesin Associated Architects, inheritors of the practice of Frank Lloyd Wright, who died in 1959. Note the exterior elevator. The grillwork evokes the jali of traditional Mughal architecture and also serves to reduce the solar heat-gain of its warm location--not in the Midwest, strictly speaking, but just below the Ohio River.
To see further examples, visit: Modernism in the Midwest & Yet More Modernism in the Midwest
Posted by David Cobb Craig at 2/22/2011