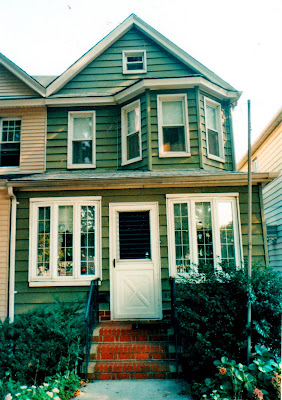 This house at 89-70 Cooper Avenue in the Glendale section of Queens, N.Y., played the part of Archie Bunker's home in the credits for All in the Family. The fictitious address in the series was 704 Hauser Street. Hauser, from the German Haus, denotes someone who gives shelter or protection. 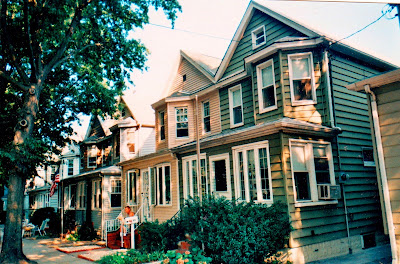 Glendale is characterized not only by its rows and rows of low-scale, side-by-side houses but also by its many graveyards, including--directly across the street from the Bunker abode (on the right)--St. John's Cemetery, where are buried Lucky Luciano, Charles Atlas, John Gotti and Robert Mapplethorpe, himself a Queens native. 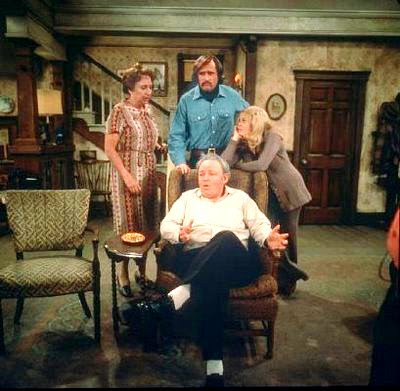 The first episode of All in the Family aired 40 years ago, on January 12, 1971. Norman Lear wanted to shoot the series in black and white, but acquiescing to network demands for color, found middle ground by appointing the set in a drab palette.
To see Archie's chair on a commemorative stamp, visit:  A Salute to the Seventies in Stamps 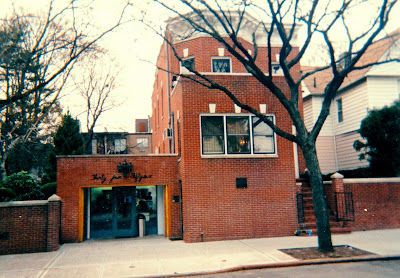 About three-and-a-half miles from Archie Bunker's is Louis Armstrong House at 34-56 107th Street in Corona, a Queens neighborhood that has also been home, at one time or another, to Lena Horne, Ella Fitzgerald, Madonna (briefly, circa 1979) and Paul Simon, who was born there. 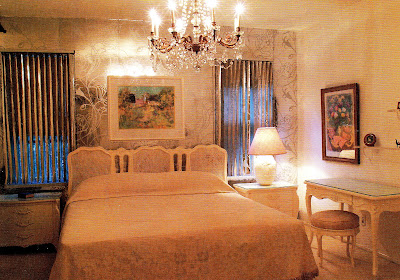 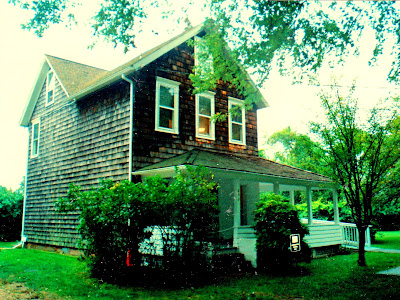 At the opposite end of Long Island from Queens stands this house at 830 Fireplace Road near East Hampton, home to Jackson Pollock and Lee Krasner. 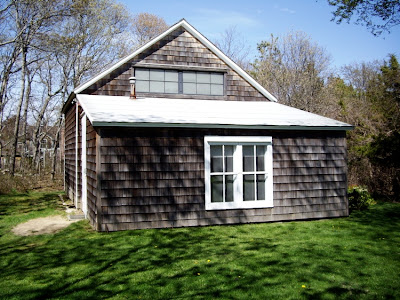 It was in this barn, just steps from the house, that Pollock developed his Jack-the-Dripper technique and spattered all his most renowned canvasses. 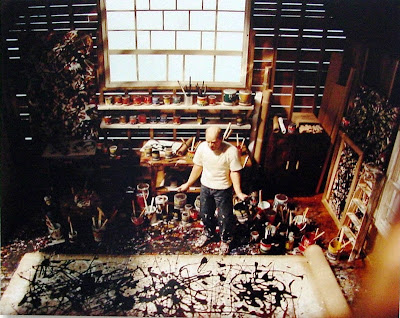