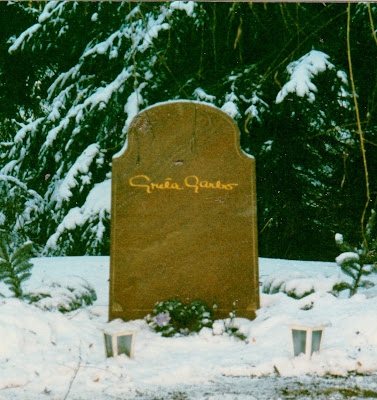 Greta Garbo was notorious for spurning autograph requests--checks she signed occasionally appear on the collectibles market for well over a thousand dollars--but etched for everlastingness on her gravestone is the much-solicited signature. She died in Manhattan in 1990, age 84, and is buried at Skogskyrkogården (The Woodland Cemetery) in Stockholm, the city of her birth. 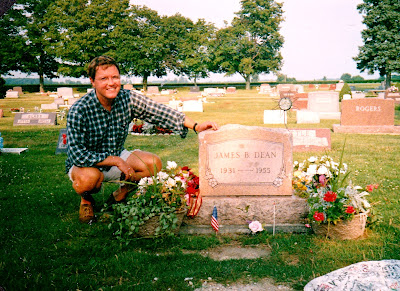 Fairmont, Ind.: Born on February 8, 1931, James Dean would soon turn 80 were he alive. He died in 1955, age 24, in a head-on collision while driving his new Porsche near Cholame, Calif., and is buried in the Hoosier hamlet where he spent most of his youth. 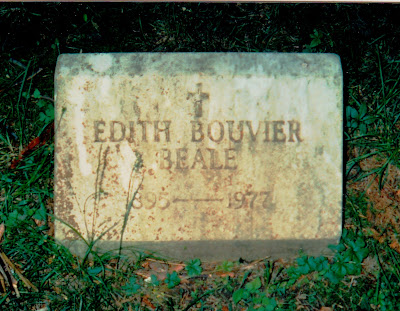 East Hampton, N.Y.: Not far from Grey Gardens, in Most Holy Trinity Catholic Cemetery, rests Big Edie, whose funeral Jackie attended. About 84 miles away, at the opposite end of Long Island, lies Little Edie in Locust Valley Cemetery. She died nine years ago, on January 14, 2002, age 84. 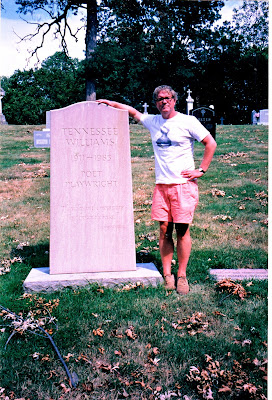 St. Louis: This year is the centennial of the birth of Tennessee Williams, born in Columbus, Miss., on March 26, 1911, and buried in Calvary Cemetery in the city where the playwright's family moved when he was seven. Williams died, age 71, on February 25, 1983, at New York City's Hotel Elysée--baptized by Tallulah Bankhead as the Hotel Easy Lay. 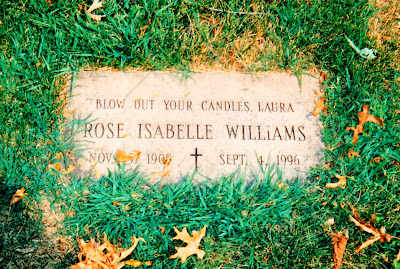 Next to Williams's grave is that of his tragic sister, Rose, who spent most of her life institutionalized and served as the model for Laura Wingfield in The Glass Menagerie, the final line from which provides the inscription on her marker. 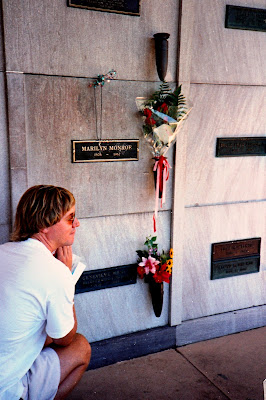 Los Angeles: Because it was already the eternal home of the two women who raised her, her aunt Ana Lower and her guardian Grace Goddard, Marilyn Monroe reposes with them at Westwood Village Memorial Park Cemetery. Marilyn's was the first celebrity entombment here, and since her death in 1962, she has been followed to this pocket-sized burial ground by more than 200 other big names, including Truman Capote, Elizabeth Montgomery, Peggy Lee and, recently, Farrah Fawcett. This cemetery will be the final resting place of Elizabeth Taylor, next to her parents. 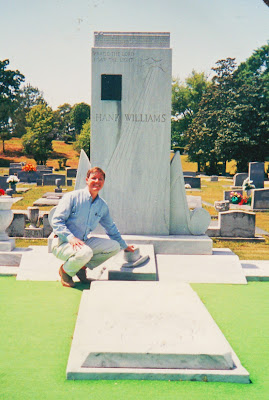 Montgomery, Ala.: My hand rests on the marble replica of  Hank Williams Sr.'s cowboy hat at his grave in the Oakwood Annex Cemetery. He died 58 years ago, on January 1, 1953, of a heart attack, age 29. 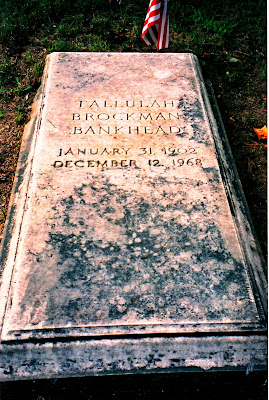 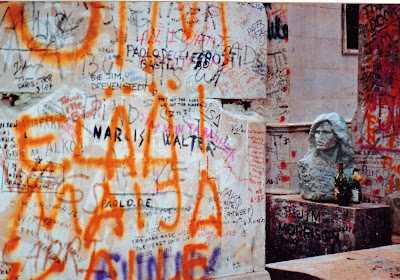 Paris: Jim Morrison's grave in Père Lachaise is its most visited--and graffitied. Since my stop there, the bust was thieved. 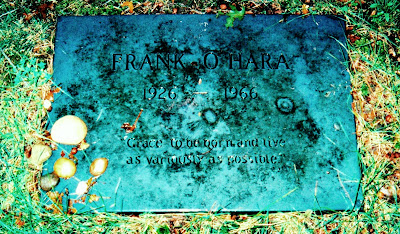 East Hampton, N.Y.:  How I hold high the Jewish custom of leaving a pebble on a tombstone to symbolize that someone has honored the memory of the deceased with a visit. I unforuntately did not have a stone to place on Frank O'Hara's marker at the Green River Cemetery. His epitaph reads Grace to be born and live as variously as possible. 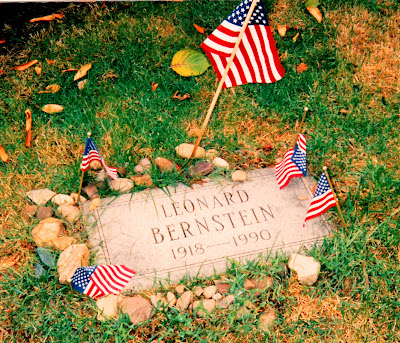 Around Leonard Bernstein's marker in Green-Wood Cemetery were many stones of many sizes. He rests on the highest point in Brooklyn. 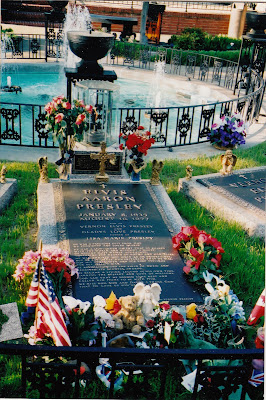 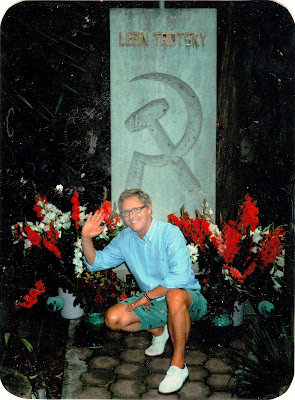 As Elvis, Leon Trotsky is buried on the grounds of his home--his final one, now a museum in Mexico City.
Posted by David Cobb Craig at 1/18/2011