Curiosities in the Carolinas 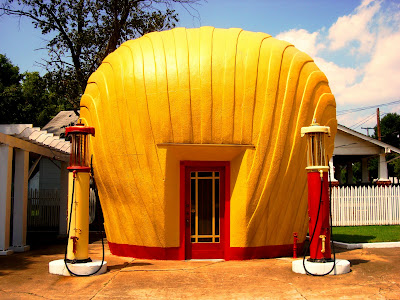 Eight clamshell-shaped Shell gas stations were constructed in the 1930s of concrete stucco over bent wood and wire. This is the sole survivor of the species and it is at Sprague and Peachtree Streets in Winston-Salem, N.C. 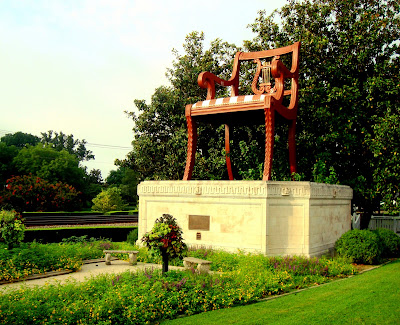 Earth's largest Duncan Phyfe-style armchair takes its seat on a granite pedestal in the middle of Thomasville, N.C., known because of its furniture industry as Chair City. This whopper is not of wood but concrete and steel, and was constructed in 1948. 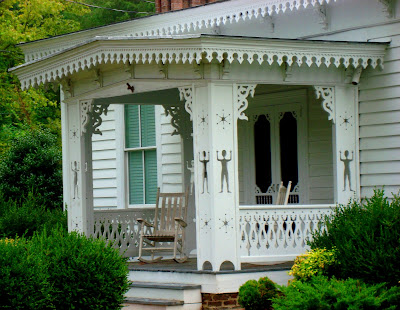 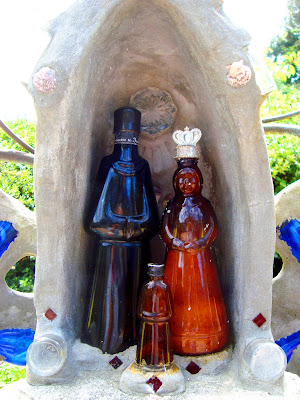 A highborn Mrs. Butterworth, her consort Frangelico and their heir (who takes entirely after his padre) are a feature of the Bottle House at Airlie Gardens in Wilmington, N.C. Artist Virginia Wright Frierson created the work. 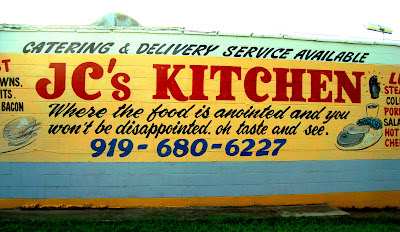 Durham, N.C.: I didn't figure it out at first but J.C. stands for the Savior. Who knew He liked to cook? The banana pudding was tip-top. 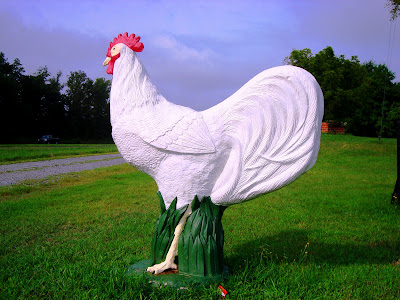 A hulking roadside chicken along Highway 29 near Lexington, N.C. 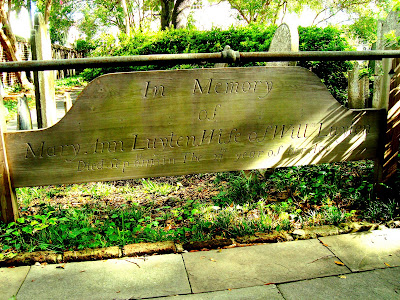 Early grave markers in this country were often wood and here in Charleston, S.C., is one of the very few surviving examples--in St. Michael's Churchyward, denoting the grave of Mary Ann Luyten, who died on September 9, 1770, age 27. Many romantically like to believe that this was the headboard to her and her husband William's bed but, truth is, 'tis not. 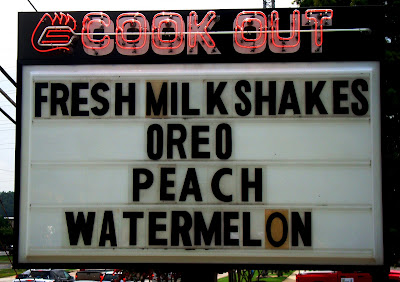 Salisbury, N.C.: I had never heard of a watermelon milkshake but it is one of 52 flavors--including banana pudding and cherry cobbler--that seasonally come and go at Cook Out, a regional chain with 75 outlets. 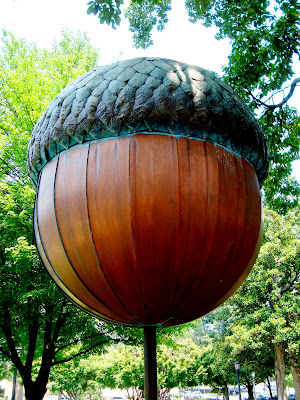 In Raleigh, N.C., (byname: The City of Oaks) is this giant copper acorn in Moore Square. 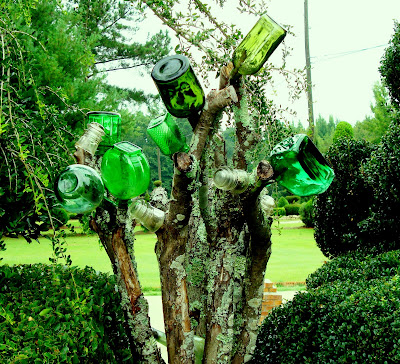 Bottle trees are sometimes called "poor man's stained glass" or "garden earrings," and those that sprout all blue bottles are said to ward off bad spirits. This version is in Bishopville, S.C., has green and clear bottles. 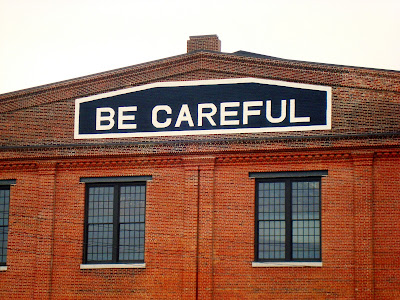 Spencer, N.C.: This 1905 structure was once used to overhaul steam locomotives. 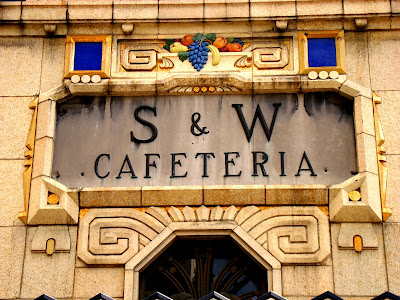 A devastating terracotta bowl of fruit adorns this Douglas Ellington-designed 1929 building in downtown Asheville, N.C. The cafeteria closed in 1974 and is now the S&W Steak and Wine Restaurant. 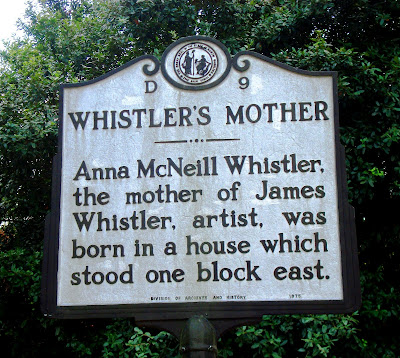 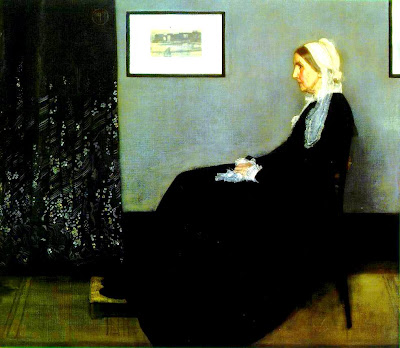 ﻿Even though Mater now resides in Paris, she's really just a downhome Southern dame.
To see another Carolina curiosity, visit: The Chimerical Cultivations of Mr. Pearl Fryar
To see more architecture of the area, visit: Modernism in the Carolinas
Posted by David Cobb Craig at 1/27/2011