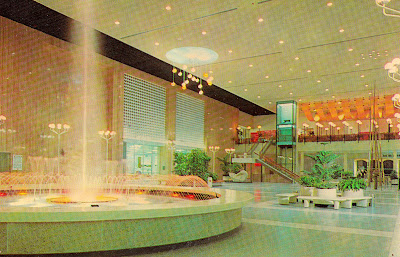 The auditory stimulus of a water fountain induces, so it is said, a relaxed mental state and psychological contentedness--perfect for shopping. Westland Center (above) in Westland, Mich., opened in 1965 as the Mitten State's first fully enclosed, climate-controlled mall. It was designed by Victor Gruen Associates and Louis G. Redstone Associates. 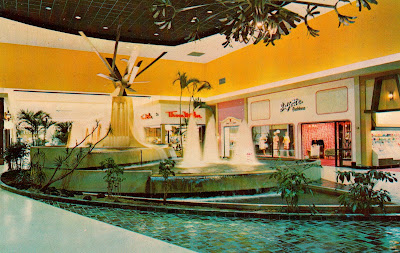 Canton, Ohio: Belden Village Mall's fountain, circa 1970, no longer exists, displaced by a generic food court. The designers of our nation's mid-century souks at first thought that distributing eateries throughout a mall would impel patrons to walk the concourse and thus pass more storefronts. 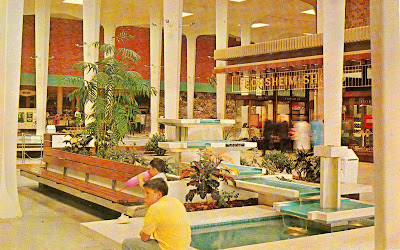 Tacoma, Wash.: The Tacoma Mall opened in 1964 and was designed by John Graham. This stepped fountain has been replaced by an information desk. 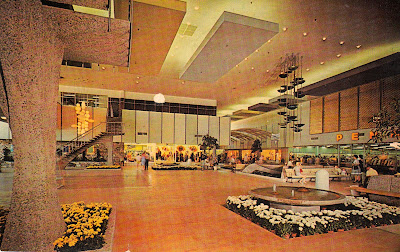 Phoenix, Ariz.: In the Chris-Town Mall, which opened in 1961, J.C. Penney's (on the right) fronted what was known as the Court of Fountains. Penney's is now a Costco, and the clattering of its monster shopping carts has supplanted the soothing sounds of the fountains that were removed when new flooring was installed. Note on the left the slipper-arch stairway, now long gone as well. 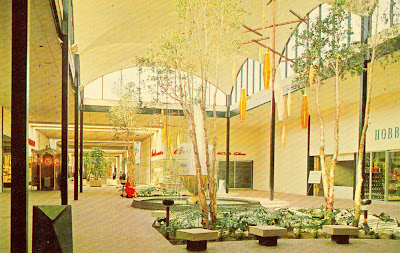 Biloxi, Miss.: Edgewater Mall opened in 1963 and took a very bad hit from Hurricane Katrina in 2005. 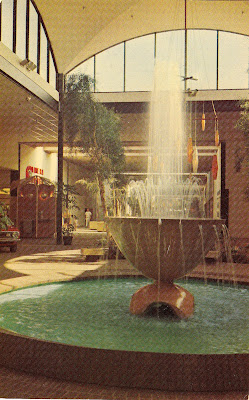 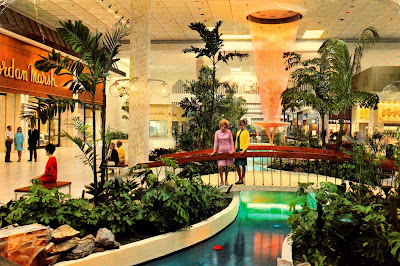 West Palm Beach, Fla.: The central feature of Palm Beach Mall, which opened in 1967, was the Wonderfall, just beyond the bridge above. It was substituted for a new fountain with a seahorse theme in 2000. The mall closed permanently on January 31, 2010. 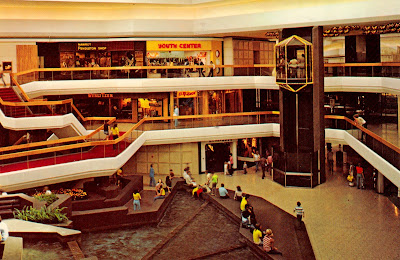 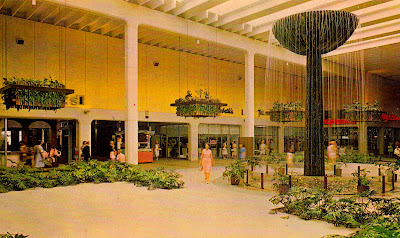