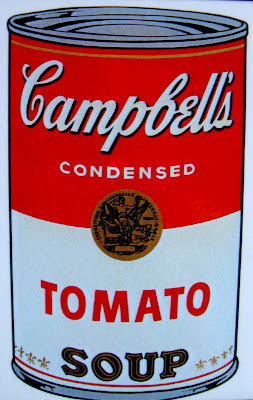 This emblem of art and agora has changed little since its debut in 1900 at the Paris Exhibition, where the public also got its first taste of talking pictures and escalators. It was at the exhibition that Campbell's soup earned the gold medal that appears in the center of the label. 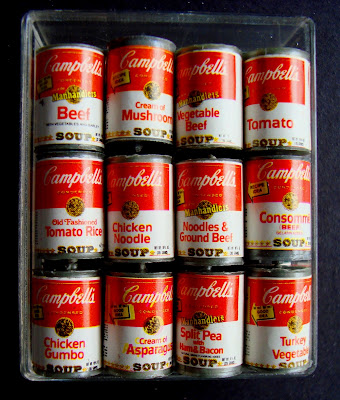 The original Campbell's labels were black and orange, but a Campbell's executive pursuaded the company to change the colors to cherry red and white because he liked the uniforms of the Cornell  football team. Above is a collection of teeny Campbell's soup cans for a doll house. 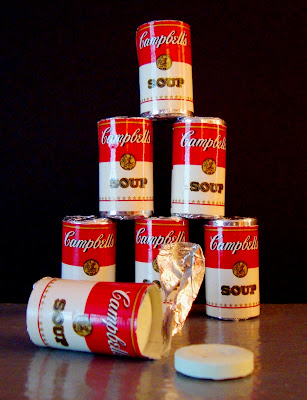 Some years ago I acquired several dozen miniature rolls of  breath mints wrapped with the iconic label. 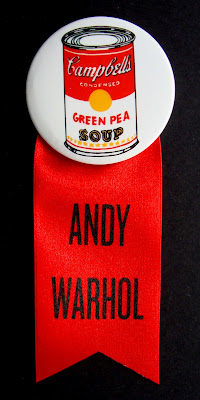 A button (repro, alas) for one of Andy's gallery shows in the early '60s. He at one time supposedly ate Campbell's soup almost everyday for lunch, prepared by his mother, tomato his favorite 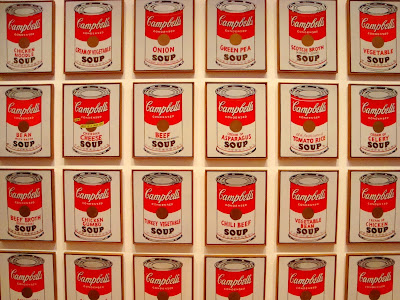 Some of the 32 canvases hanging in the Modern that represent each of the soup varieties Campbell's offered at the time Warhol silkscreened them in 1962. 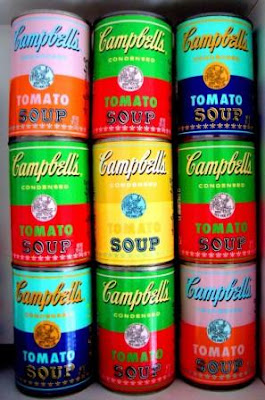 In 2006 Barneys had exclusive rights to sell a limited-edition of these cans and they have ever since been on display like this in my kitchen cabinet. (The soup expired in 2008.) 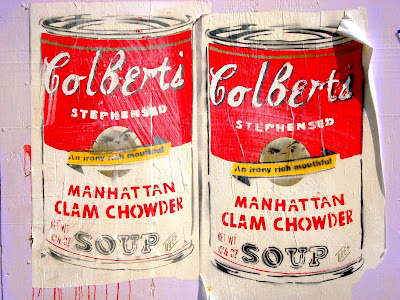 On plywood around a construction site at Avenue A and First Avenue, I recently chanced on these posters for Stephen Colbert that cleverly reappropriate what Andy brilliantly appropriated. 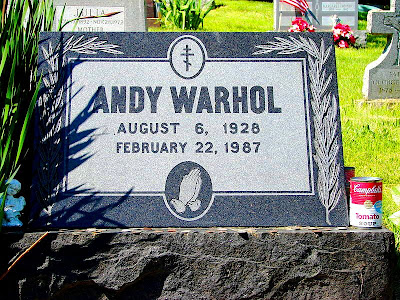 Every month an unknown person places a can of Campbell's soup (along with some pocket change) on Andy's tombstone at St. John the Baptist Byzantine Catholic Church Cemetery in Pittsburgh.
Posted by David Cobb Craig at 12/02/2010