Still More Selections From My Collection of Mall Post Cards 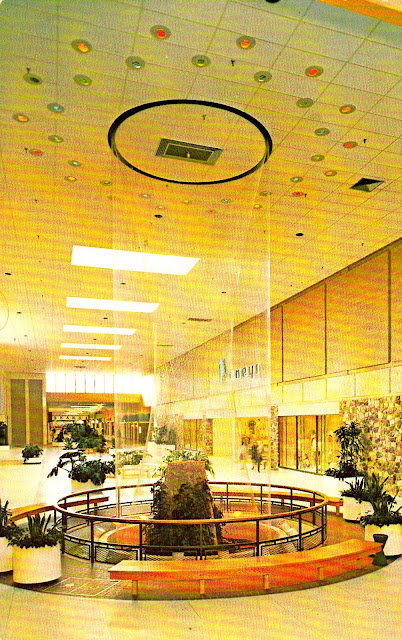 Built in 1967, Brookfield Square, outside Milwaukee, featured this so-called "Wonderfall." Colorfully spotlighted, it was a "fountain" of clear oil flowing down wires. 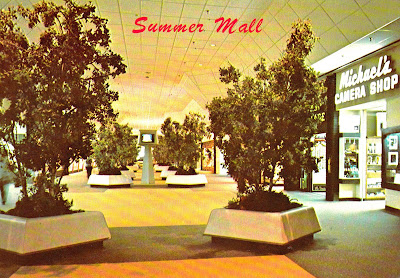 Opened in 1971, Park City Center in Lancaster, Pa., was once known as the Mall of Four Seasons, with corridors named accordingly. Summer, shown above, did not have . . . 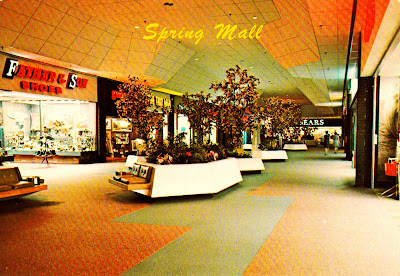 . . . the artificial blooming trees of the Spring corridor. 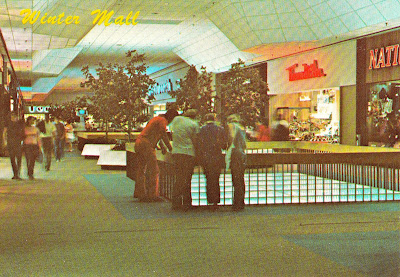 A floor opening in the Winter corridor affords a view of an ice skating rink. This section has "evergreen" trees. 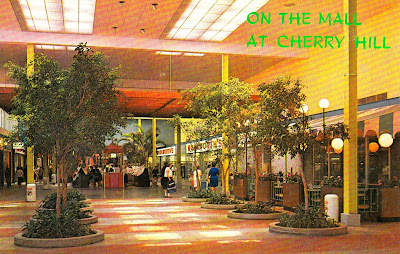 When it opened almost 50 years ago (on October 11, 1961), Cherry Hill Mall was the biggest enclosed agora in the country and the East Coast's first climate-controlled mall, where, says the post card, "the temperature is always springtime." 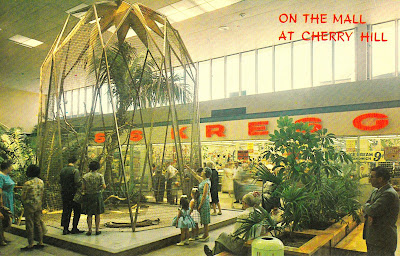 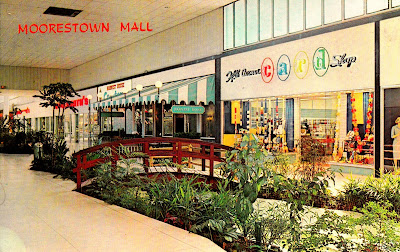 Just three miles from Cherry Hill Mall is Moorestown Mall in Moorestown, N.J. It opened in 1963 but has since been remodeled multiple times. 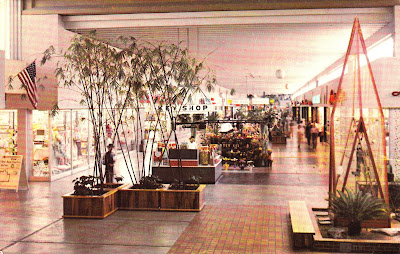 This is the East Court of San Antonio's North Star Mall, which opened in 1960. 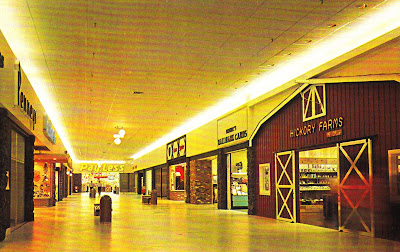 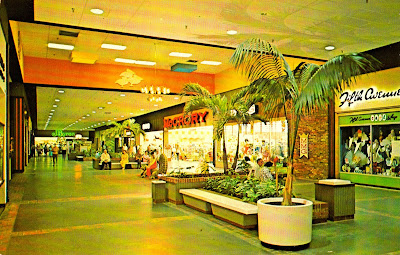 Nowadays anchored by a Kmart and a Bealls department store, the Seminole Mall of Seminole, Fla., was built in 1964, was renovated in 1990, and was hit with foreclosure in July of this year. 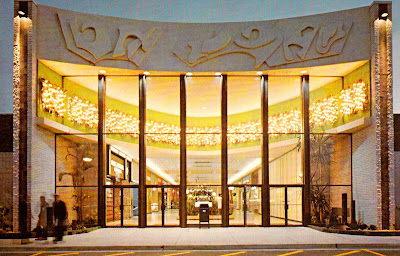 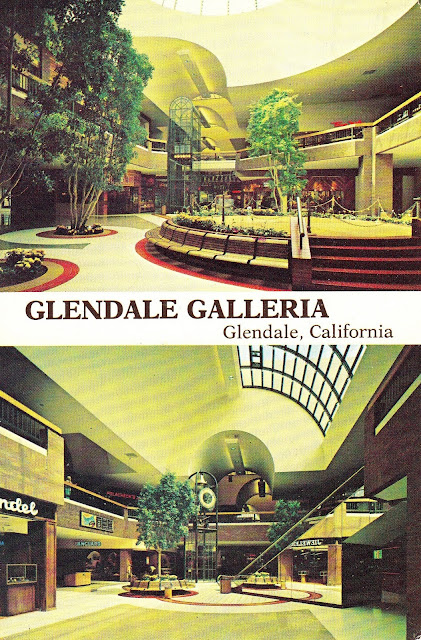