A Four-Course Spread of Bigwig Kitchens 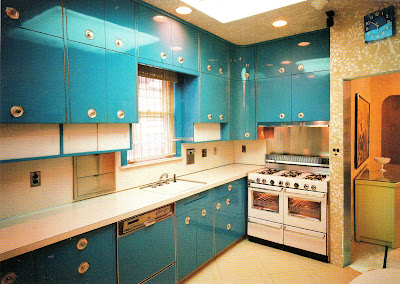 Queens, N.Y.: The kitchen of Louis Armstrong has cobalt cabinets with dishwasher to match and (to the left of the sink) a built-in dispenser for waxed paper and aluminum foil. Armstrong moved into this cozy Corona abode in 1943 and the kitchen has not been tampered with since his death in 1971. 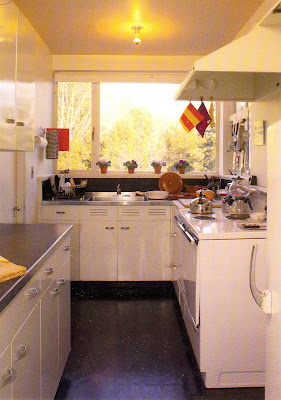 Lincoln, Mass.: Designed in 1938, the Küche of German-born architect Walter Gropius--with its stainless-steel sink and countertops, two garbage disposals and early electric dishwasher--served as a much-imitated model for up-to-date kitchens constructed in the U.S. after World War II. Gropius died in 1969, and more than four decades later, his innovative kitchen lives on unchanged. 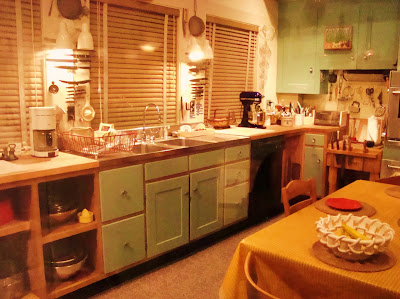 Washington, D.C.: Three years before her death in 2004, Julia Child conveyed her Cambridge, Mass., kitchen to the Smithsonian, which reinstalled it lock, stockpot and melon baller in the National Museum of American Museum. The kitchen was designed in 1961 by Julia's husband, Paul. 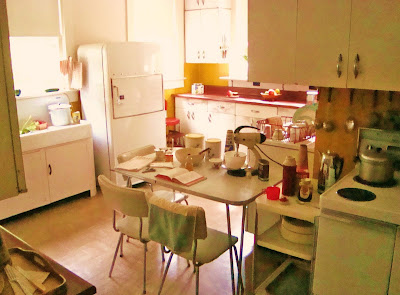 Flat Rock, N.C.: After his death in 1967, Carl Sandburg's home of 22 years--with all its contents intact--became the first U.S. Historic Site honoring an American poet. The kitchen looks as it did the day he died, right down to some dirty dishes in the sink.
Posted by David Cobb Craig at 11/16/2010